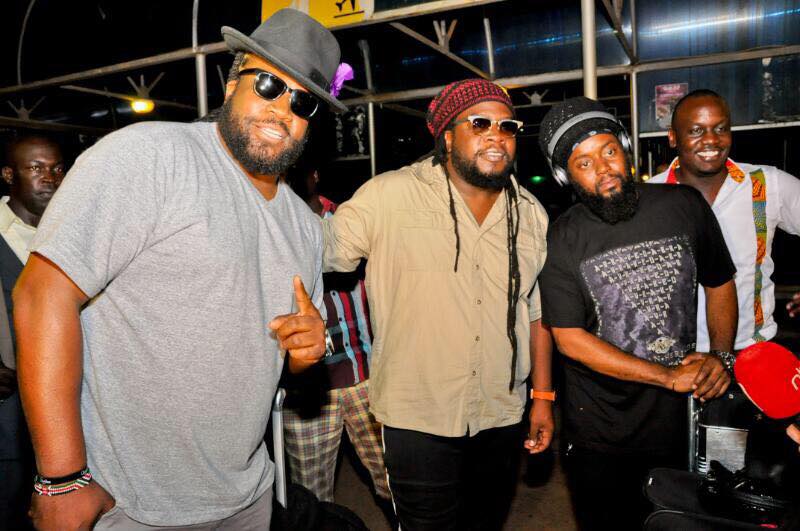 Jamaican Reggae band, Morgan Heritage has arrived in Uganda ahead of the much anticipated Morgan Heritage Live concert that is set to take place at Lugogo Cricket Oval in Kampala, on Thursday (April 13th).

The legendary singers touched down at Entebbe at around 9:00PM on Tuesday evening (April 11th) aboard KLM Airlines and were welcomed by a big number of people including the event organizers, journalists and loyal fans.

They were later escorted to Kampala Protea Hotel where they are being accommodated during their stay in Uganda.

They are expected to hold a press briefing  at Protea Hotel on Wednesday before the concert on Thursday night.

Here are photos from their arrival: