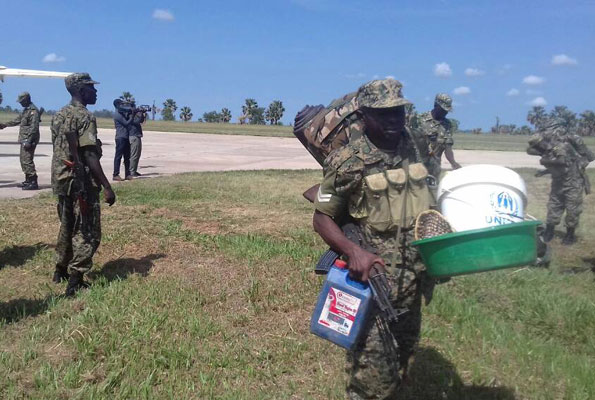 The process of withdrawal of Uganda People’s Defence Forces (UPDF) soldiers from the Central African Republic (CAR) has started.

Uganda sent troops to CAR in 2009 after the Lord’s Resistance Army (LRA) led by Joseph Kony were were flushed out of Uganda and pitched camp in the CAR western town of Obo, terrorising locals.

A year later, 100 Special Forces were sent by the US to reinforce UPDF.

About eight years since the Ugandan army went to CAR, the UPDF says Kony has now been weakened.

According to UPDF, Kony now has less than 100 armed fighters and “is now weak and ineffective. He no longer poses any significant threat to Uganda’s security”.

On Tuesday and Wednesday, some 31 UPDF soldiers landed at Gulu Airfield in Gulu District as the withdrawal of troops begins.

The returnees were received by Brig Joseph Katsigazi, the UPDF  Chief of Staff.