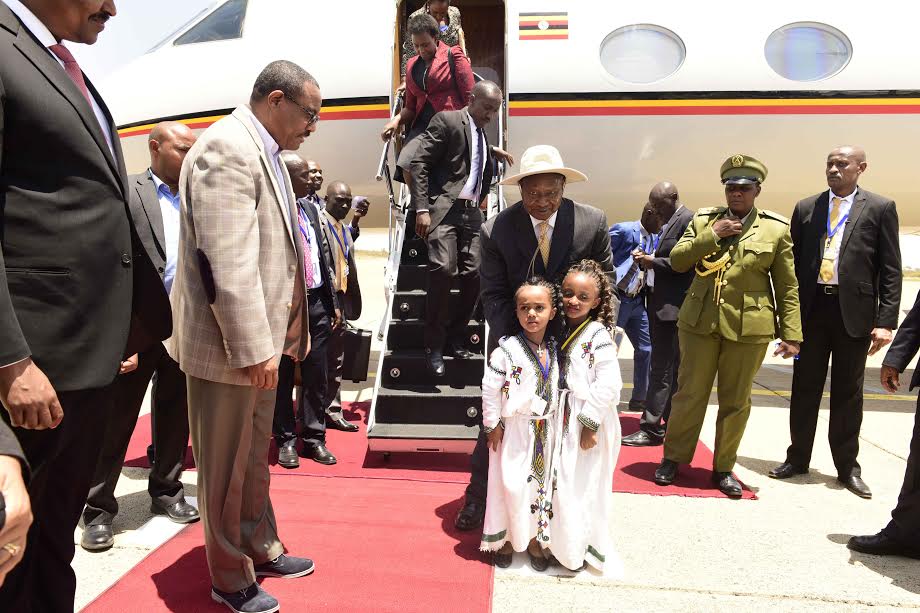 President Yoweri Museveni has arrived in Bahir Dar, Ethiopias’ second largest city for the 6th Tana High-Level forum on security in Africa, where leaders are stoking their efforts to protect the continents vast natural resources amidst mind-boggling challenges including conflicts, a population explosion, land degradation and the foreign exploitation of the continents’ rich and diverse natural resources among other things.

Africa‟s natural resource endowments stand at 12% of global oil reserves, 40% of global gold deposits, and about two thirds of the world‟s most suitable land for farming and forests.

Unfortunately, the continent has not been able to fully maximise the developmental benefits that should have accrued from exploiting the resources.

According to reports, the mispricing of natural resources in Africa leads to the loss of $50 billion per year, more than Africa‟s combined foreign direct investment and overseas development aid. In addition, according to an Oxfam estimate, more than US$18 billion per year is lost through resource-related conflicts in Africa, not including indirect costs.

The forum will focus on the theme of “Natural Resource Governance in Africa”, reflecting the centrality of natural resources, both in historical as well as in contemporary times. It also seeks to showcase the exploitation of the continent’s rich and diverse natural resources, both on land and sea, have created several paradoxes; in particular, those leading to inequality and poverty, corruption, unemployment, environmental degradation, violent conflicts, and the elusive quest to realise Africa’s full developmental potential.

One of the contentious issues Africa faces in the natural resource sector is how to reverse the misfortunes of exploitation and “bring governance back” in ensuring that benefits accruing from the continent’s providential endowments create new opportunities and positive multiplier effects for citizens and the state.

Former Nigerian President Olusegun Obasanjo who is the chairman of the Forum’s advisory board, called on African governments to improve their negotiation skills to ensure that their citizens get the best deal from mining and oil drilling companies operating in their countries.