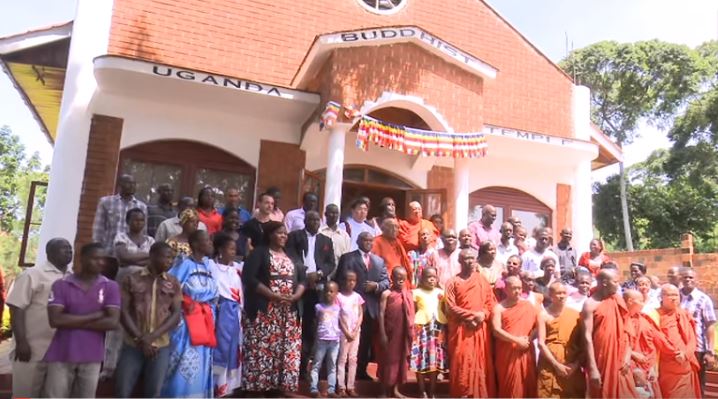 Africa’s First Buddhist Centre was on Sunday (April 23) opened in Uganda in Garuga off Entebbe Road.

Dr Ashin Nyanissara, a renowned Buddhist Monk from Myanmar visited the country to officially open the first Buddhist Centre on the continent.

He was escorted by 11 other prominent monks and ordained an Egyptian and Ugandan monk to a senior level.

The two monks received the title of “Upasampada’. ‘Upasamda’ refers to the rite of ordination by which one undertakes the Buddhist life.

The teaching of Buddhism emphasizes meditation and inner peace according to Bhante Bhikku Buddharakitta Stephen Kabogoza, Uganda’s first monk, who was ordained in 2006.

According to Kabogoza, the Uganda Buddhist Centre has already started carrying out projects in Uganda.

“We going to build a primary school, then a secondary school and later an African Buddhist University,” said Kabogoza, who is also the Abbot at the Uganda Budhist Centre.

The occasion was graced by State Minister For Urban Development, Isaac Musumba

The Reality of Sex Trade on Tinder, Social Media in Kampala