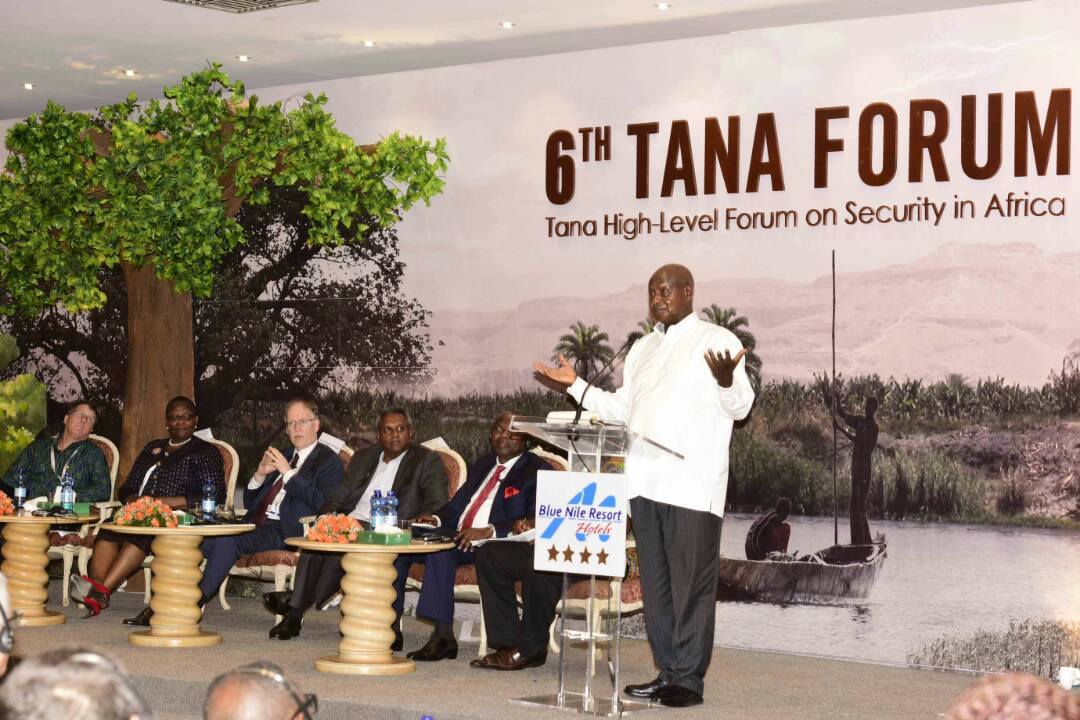 Ugandan President Yoweri Museveni addressed 6th High Level Forum on security in Africa at Blue Nile Hotel, Bahir Dar in Ethiopia where he discussed the challenges and prospects in management of African resources to help transform the continent.

Museveni called the Africanisation of ideas to make the apply to the whole continent instead of localising them to individual countries.

“Africa has a structural disadvantage. We are not like China. In China when there is one good thinker…the whole china follows them. Here, you may have good ideas in Ethiopia but they are localized and do not apply to the whole of Africa. This forum can help ideas spread by osmosis,” the president said.

Museveni also said that the idea that education alone could spur transformation was a mistake.

He also spoke passionately on the issue of ownership of resources urging African nations to develop capacity to exploit these resources instead of being fleeced by profit-seeking companies.

“On issue of mineral resources, my question is who owns the minerals. With petroleum we have production sharing agreements (PSA) where the company which has exploration licenses agrees with government to pay so much to regain what they invested and the rest is for government,” he said, adding that, it is not clear what the case is with other minerals including where companies own minerals but governments have loyalties.

“In Uganda, am not bothered with minerals because Uganda has been developing at a good rate depending on agriculture and industry. We discovered petroleum about 12 years ago but up to now we have not exploited it because I could not agree with those companies. They wanted to cheat us. I said no, the petroleum has been in the ground for the last many years it can stay there until we agree. That is because in my view, minerals should belong to the country,” he said.

TRUMP NOT YOUR UNCLE
President Museveni also praised US President Donald Trump, urged unity and advised that Africans should deal with their issues.

“I love Trump. I love that man Trump because that man has told you that he is not your uncle. And I think it is good. For those Africans who feel orphaned, I am sorry for them. Let’s come back to our continent and mind our own affairs,” he said.