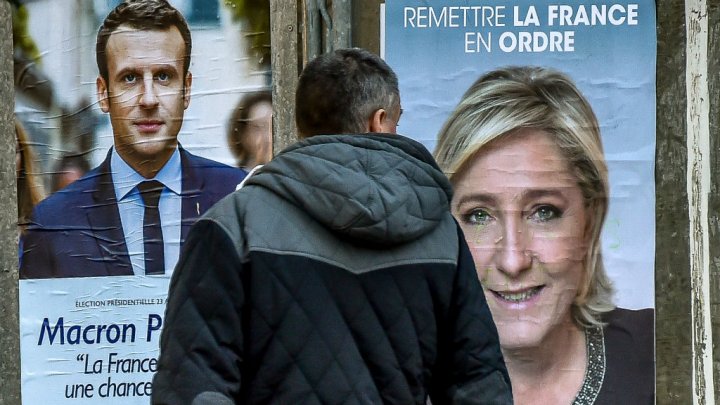 A new round of campaigning has begun in France after it became clear that Marine Le Pen will face Emmanuel Macron in the presidential runoff on May 7..

In Sunday’s first round of the elections, Macron scored 24.01 percent of the votes and Le Pen 21.30 percent according to official figures released by the interior ministry.

The two candidates will face each other in a runoff on May 7 in an historic vote since it’s the first time that representatives of neither of the country’s two main parties have managed to make it through to the second round.

Several of the key candidates competing in the first round, including the right-wing conservative François Fillon and Socialist Benoît Hamon, on Sunday conceded defeat and endorsed Macron. Far-left candidate Jean-Luc Mélenchon (who came in fourth place with 19.58 percent) is, however, so far refusing to back either of the two candidates still in the race

Sitting President François Hollande on Monday announced he would vote for Macron, saying Le Pen and her far-right National Front movement represent a real danger for France, with the power to “deeply divide” both the country and the French. Hollande’s prime minister, foreign minister and other key members of the Socialist government have also announced their support for Macron in the light of the first-round results.