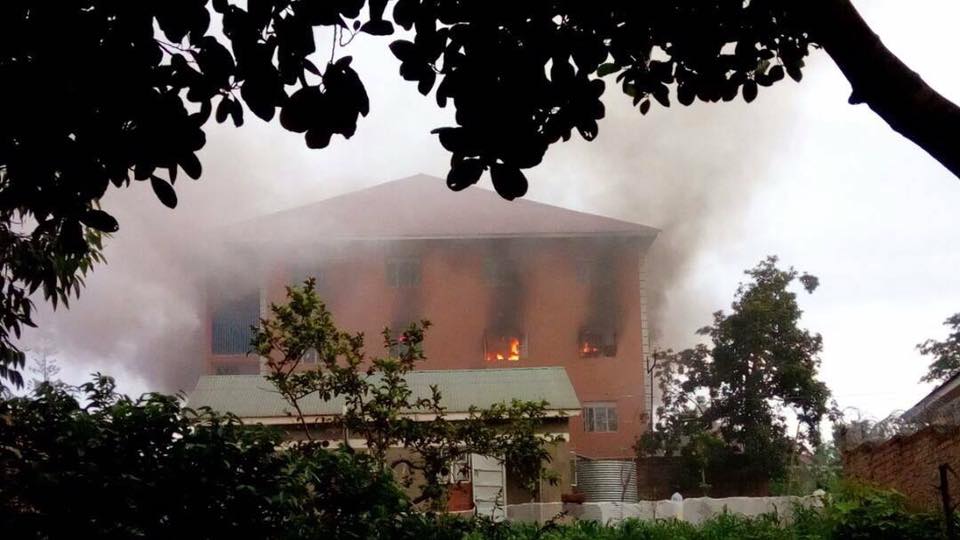 The was panic at Mother Majeri Primary School in Bweyogerere- Kirinya on Sunday evening (April 23) after a boys’ dormitory caught fire, destroying millions of property.

The fire broke out at around 6:30PM as the pupils were having supper.

According to the school officials, the fire caught Primary Four and Primary Five dormitories.

Police rushed to the school and put out the fire, and no casualties were reported.

The cause of the fire is still unknown.