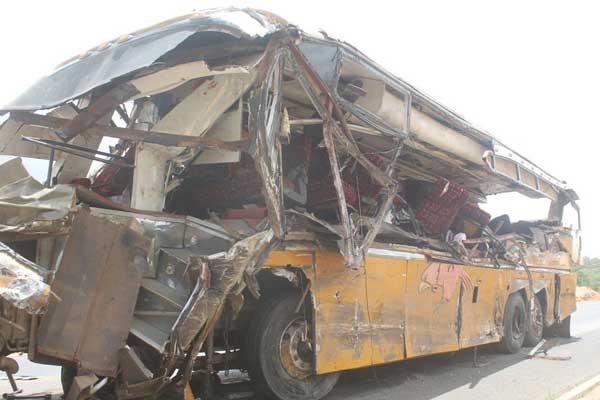 Twenty six people have died in a collision between a tanker and a bus at Kambu along the Nairobi-Mombasa highway.

The driver of the Buscar Company bus that was headed for Mombasa was overtaking another vehicle at Kalulu Bridge and struggled to get back on lane on seeing an oncoming truck, police said.

The bus then collided with the truck: the bus falling into a ditch. The bus driver was still on the run by publication time while the truck driver and conductor sustained serious injuries.

Police has confirmed the death of 26 people and said that the injured had been rushed to Makindu Sub-County Hospital and the Kibwezi Amref Hospital.