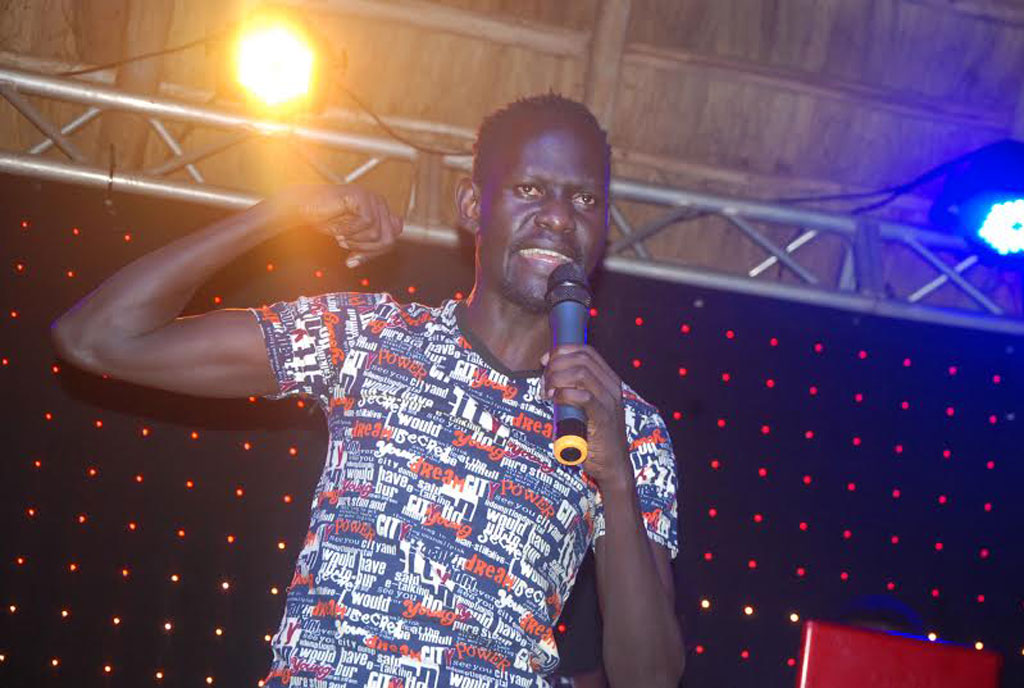 City comedian and events emcee Emmah Napoleon has announced he has quit Laftaz Comedy Lounge six years after he co-founded the outfit.
Napoleon had left The Crackers. Besides being a radio presenter at Galaxy FM, he says he is now a freelance comedian.
“I am now a freelance performer and you will see me at a venue next to you whenever hired. Two new projects are coming up shortly and I hope for your support,” he wrote on his social media page.
In the same post, he chronicled the group’s journey and praises his partners.
Here is the full post:
It was a cold and rainy December of 2012 when, after the split of the Crackers, I was tasked with the mantle of heading comedy at a new joint in town named #LaftazComedyLounge.

With a cloud of uncertainty, though filled with the courage to go into the unknown, I took charge and by the grace of God, comedy was an instant hit here as I exercised my God-given leadership ability. I had a winning team….with #JonathanKyeyo running the marketing and set-up as #Dolibondo manned finances. Together we toiled and built Laftaz from the ground up. I look back at this moment everyday with great pride and joy in my heart.

But today I announce my decision to relinquish my role as Director of Comedy as I go and pursue some solo projects in my career. Over the years I have halted my personal ambitions for the greater good but now is the time to go seek some personal glory.

To the young comedians whom I trained, whose careers I helped build…you’ve often told me that it was an honour passing through my hands but I tell you what…actually it was my honour to work with you; to see you tremble before me as you sought my approval, to see you say your prayers before your first performance, and to see you grow into the stars that you are today. As a trained teacher this filled my heart with joy and I will never forget you in my future endeavours.

To the team I built Comedy with at Laftaz..Wow!! You guys are heroes. #Jonathan…you are one of the most brilliant chaps in this country; I learnt a lot from you and am proud to have known you. Your eye for business is nearly unmatched. To #Dolibondo my stammering buddy…muyaye gwe you amaze me too. I have seen you make sacrifices and spread your passion along our journey. Laftaz owes you a lot.

To the comedy fans that followed me to all my performances at Laftaz….THANK YOU, THANK YOU, THANK YOU SO VERY MUCH…you are my greatest motivation. Your messages and advice were simply priceless. I hope you will extend the same warmness in my next path.
I am now a freelance performer and you will see me at a venue next to you whenever hired. Two new projects are coming up shortly and I hope for your support. Join my YouTube channel named ‘Napoleone Ehmah’…something new coming there.

Thank you everyone. It was an honour. I look up to the skies and take a bow. May God bless you all, may God bless our country?”