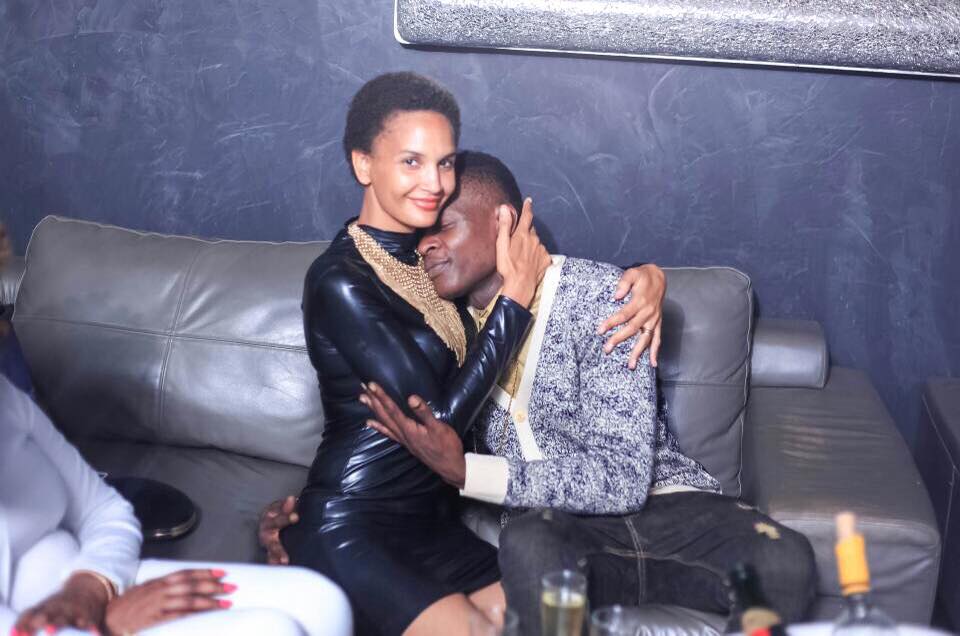 Ugandan legendary musician Joseph Mayanja aka Jose Chameleone and his wife Daniella indulged in a public display of affection at the singer’s birthday party on Sunday (April 30, 2017).

The birthday party was held at Cayenne Restaurant and Lounge in Bukoto. Chameleone was turning 39.

Throughout the party, Chameleone and Daniella  could not let go of each other and were seen exchanging hugs, pecks and kisses several times.

This comes after recent rumours that the couple’s relationship was on the rocks and the two were set to divorce.