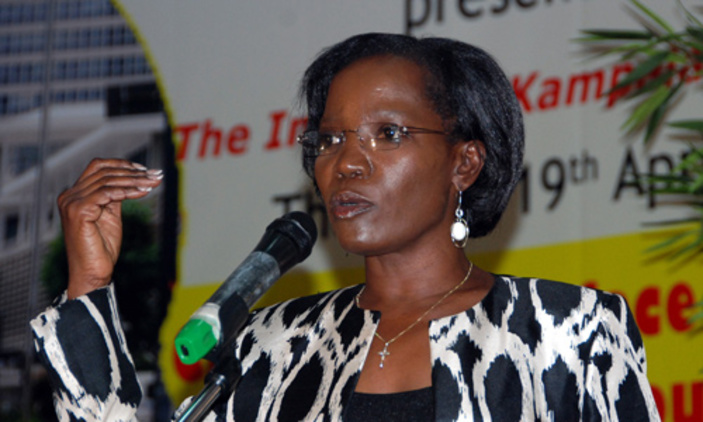 Musisi on Thursday stunned pupils, staff and officials who had gathered for the launch of rehabilitated building blocks at Kisaasi KCCA Primary School when she declined to launch the blocks.

The iron lady boss had calmly toured the building to be commissioned where she noticed that the contractors, Timtek, had done shoddy work.

Then the speeches started ahead of the launch.

Of the buildings’ renovations which cost Shs 672m, the school head said: “I thank the contractors for a work well done.”

“This one I am not launching today. [The contractors] will [have] to finish and finish it well,” she said to the shock of the school head.

“We won’t have another ceremony… it’s a waste of time.”

Musisi rapped such contractors for tarnishing the image of government and KCCA by doing shoddy work which “wastes tax payers’ money”.

She said that contractor would not be paid the remaining balance if the work is not done to the required standard.

George Otim, an official from contracting firm TimTek, said the firm had “done our best” but agreed to redo the work.