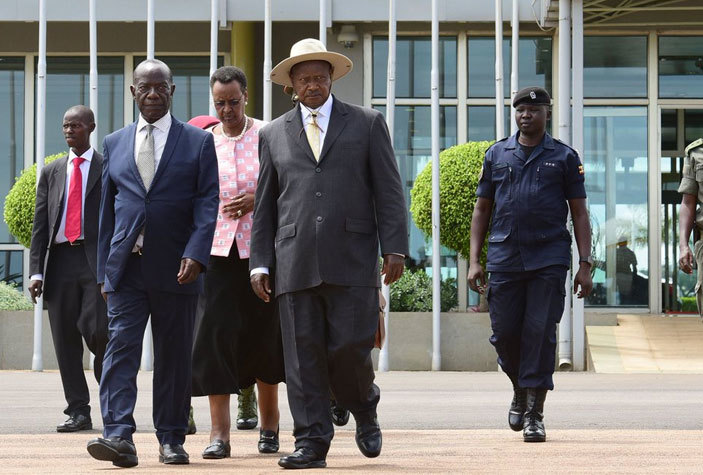 The thugs refer to President Museveni as a “dicatator”, accuse him of favouring his “corrupt tribesmen” and ask Ssekandi to “wake up” to this reality and oust his master.

It remains unclear how the thugs beat security at the vice president’s home.

The letters were written in English and Luganda, a language spoken by the Baganda tribesmen of central Uganda.

Special Forces Command officers have since taken the letter to the Masaka central police station.

There has been a wave of insecurity in the recent past with goons first warning villages before attacking them.