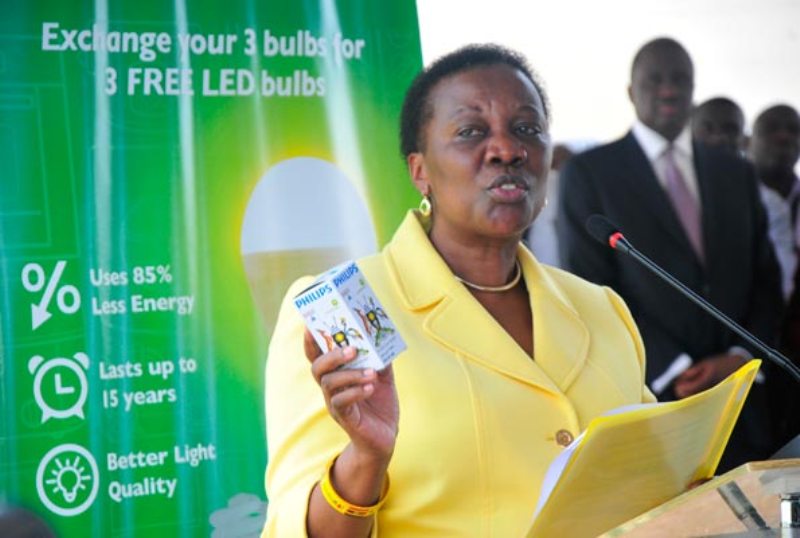 A corruption scandal is unfolding after it emerged that free energy-saving bulbs were now being sold in Kampala shops and others vended on the streets.

The 10bn project was a recommendation aimed at reducing power wastage. Consequently, Umeme was supposed to buy over 700,000 energy-saving bulbs. That would put the cost of each bulb at Shs 15,000 (about $4.2).

The money was approved by electricity regulator ERA in 2014. The money, 10.778 bn in total, was meant to be collected from electricity consumers through retail tariffs.

UNANSWERED QUESTIONS
According to Umeme’s 2016 report, the energy distributor claims to have distributed 400,000 energy-efficient and long-lasting LED bulbs to households in Kampala and Wakiso.

But this will need verification to make sense because days after Umeme launched the distribution, some of its staff claim to have spotted the same bulbs at Nakasero market, and subsequently in other selling points.

Uganda Police, according to press reports, had then launched a probe and recovered 200,000 bulbs from the market (we cannot independently verify this figure).

But we have learnt that police was told the dealers in energy-saving bulbs had bought them from DAKS Couriers – the company contracted to distribute them.

FRESH PROBE
The Tower Post has learnt that Police investigators have started a fresh probe into the scandal. However, as the force’s probe takes shape, the following questions remain unanswered: Do the official figures provided by Umeme reflect the actual amount of bulbs distributed? Was there collusion between Umeme and the sub-contracted firms?