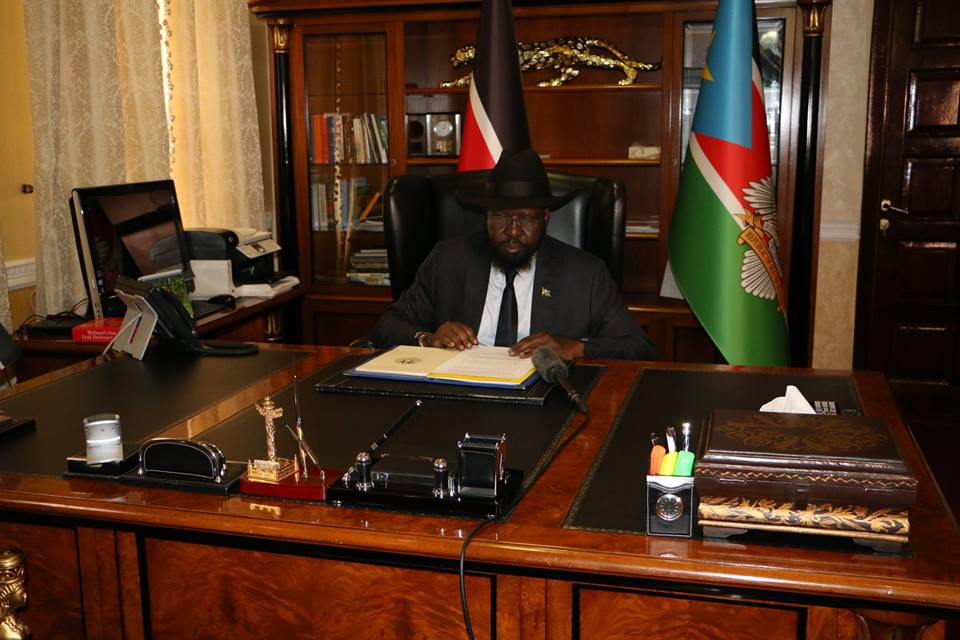 South Sudan President Salva Kiir has conducted a reshuffle in the Ministry of Justice, and promoted army officers under the defence ministry.

President Kiir sacked Justice Moses Jeremiah Swaka, the undersecretary of the Ministry of Justice and constitutional Affairs, in a decree read on state media.

Justice Swaka has been replaced with Justice James Mayen Oka.

In a separate decree, Kiir, also the Commander in Chief of the country’s armed forces SPLA, promoted army officers Marial Chanuong and Johnson Juma Okak from the rank of Major General to Lieutenant General, and Brigadier Lual Wek Gum to Major General.