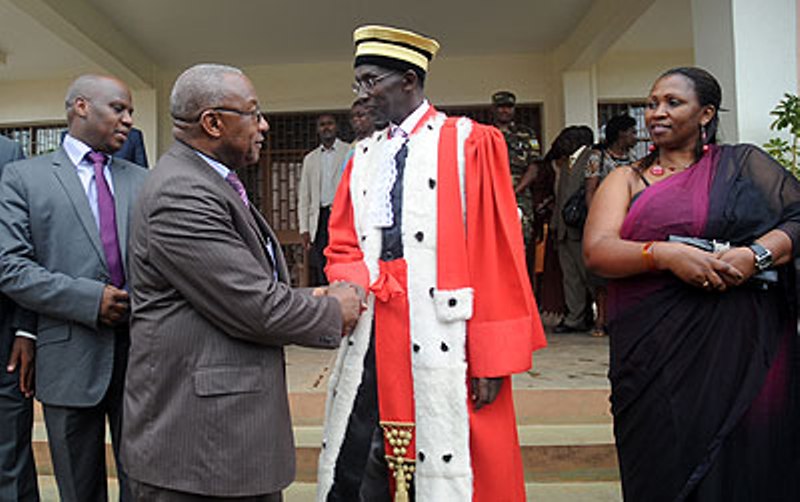 Two new commissioners of Rwanda’s National Electoral Commission (NEC) have been sworn in ahead of August 2017 general elections.

The duo will retain their previous jobs – Mbabazi as the secretary-general of Rwanda Law Reform Commission (RLRC); Bamwine as an advisor at Development Bank of Rwanda (BRD).

They are required to provide legal support to the commission between June and September. They are also expected to design a manual for civic education.

Justice Rugege told the commissioners: “As stipulated in the constitution, Rwandans have the right to choose their leaders. You have a task to help them freely choose who they want to lead them.”

On her new role, Commissioner Mbabazi said: “It is not an easy job but I believe that whatever you do willingly, with courage, and aware of what the country expects from you, you cannot fail.”