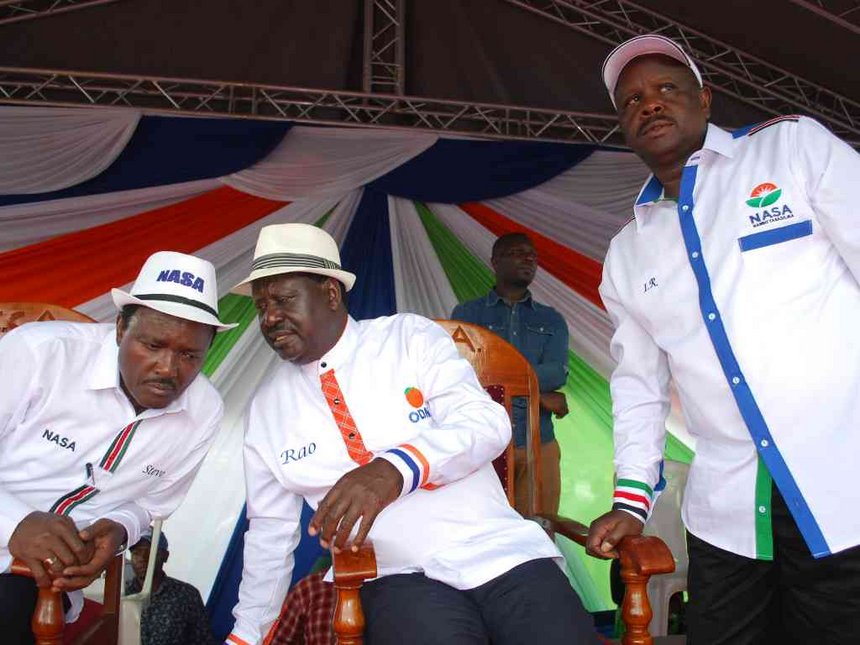 Nasa leaders’ bone of contention stems from an appeal in which the elections body IEBC is disputing a ruling by the High Court that results announced at the constituency tallying centres will be valid to determine winners.

Speaking at Afraha Stadium in Nakuru County on Sunday, Nasa presidential candidate Raila Odinga said that if IEBC wins the appeal, it will open the doors for ruling Jubilee Party to rig the election.

Odinga vowed: “We will not allow the IEBC or Jubilee to tamper with the vote.”

Wiper leader Kalonzo Musyoka, and Odinga’s running mate rallied supporters to protest IEBC’s move to make it easy for the poll results to be rigged in favour of Jubile.

Kalonzo asked: “If the appeal goes through, will you be ready to protest?”

Machakos Senator Johnson Muthama had a daring message for the internal affairs ministry: “I dare Interior CS Joseph Nkaissery to come for me… we are saying that if the ruling is overturned, the election will not happen.”

Kenya goes to the polls in August. But there is growing fear that there might be a repeat of the violence that characterised the 2007-08 election.