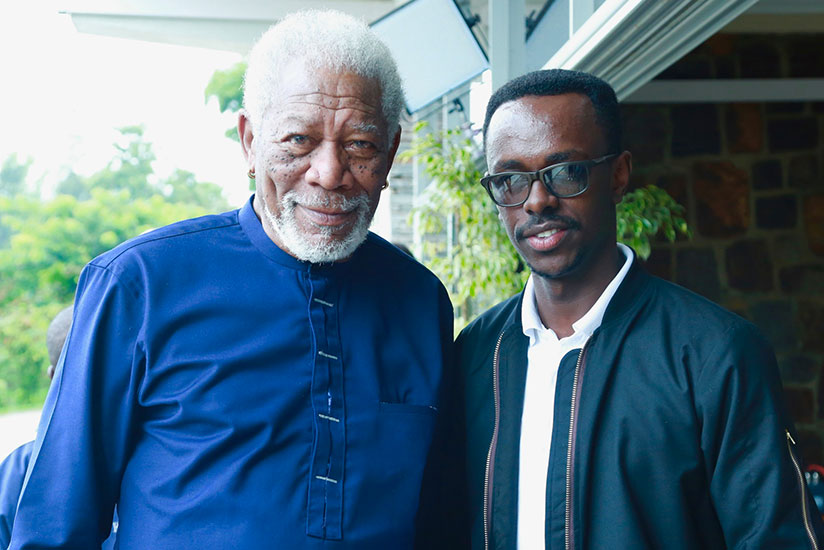 US actor and film maker Morgan Freeman on Monday visited the Kigali Genocide Memorial to learn about the Genocide against the Tutsi and Rwanda’s reconstruction efforts over the last twenty-three years.

According to a statement, Freeman spent half a day at the memorial filming for a new documentary where he got an opportunity to interact with Genocide survivors.

He visited the mass graves where more than 250,000 victims of the Genocide have been laid to rest, as well as the memorial gardens which provide guests the chance to reflect on what they have learned from their visit.

Speaking to the memorial team during his visit, Freeman shared a powerful message about how Rwanda’s story of renewal is a beacon for the future of humanity:

“We are here, we came as a group, a film crew, to talk about the Genocide but we also came to learn about your reconciliation and what we have learned makes us feel very, and more, proud to know you,” he is quoted in the statement saying.

He added that basing on what he has witnessed during his stay in the country brings hope for the future of humanity, “because what you have accomplished as a result of the Genocide, as a result of reconciliation, makes us all feel that peace is possible.”