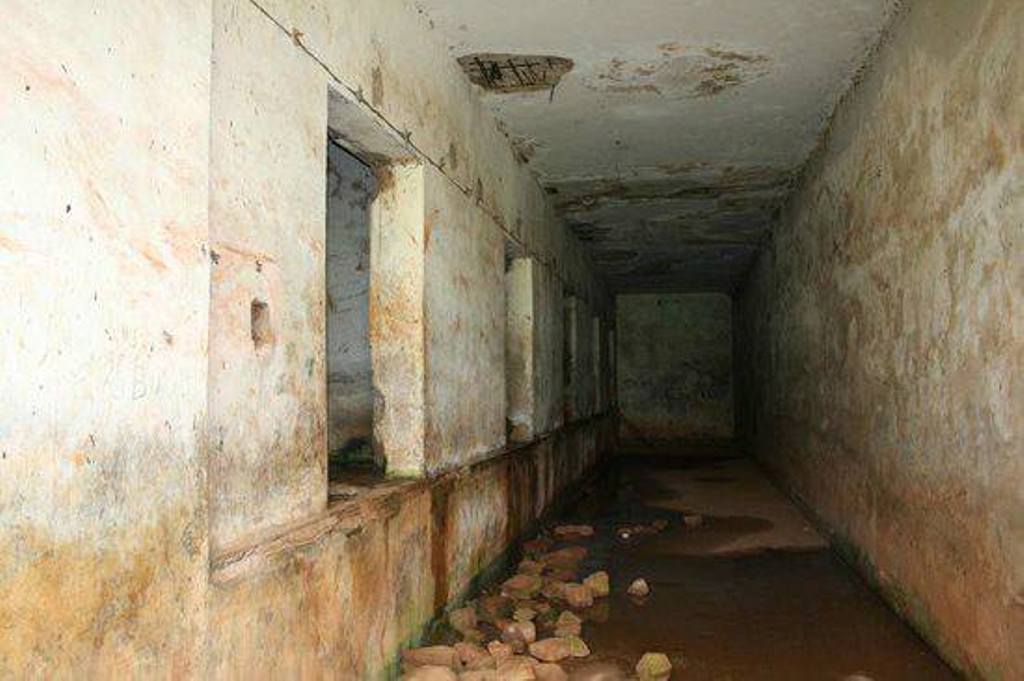 Allegations of torture meted out on suspects in the murder of former Uganda Police spokesperson Andrew Felix Kaweesi, his body guard and driver, have dominated recently the press, digging up old wounds of those who have previously been tortured, their relatives and those who boldly told the stories of torture – even when this was risky from the torture masters.

Those who remember the Independent Magazine between 2007 and 2009 should be able to remember the above column. It was my weekly column that won me two human rights awards. You may all wonder why it is not until now I am writing about torture. Most of you speak of it in passing and then go about your everyday business. The images you have recently witnessed are indeed shocking and regrettable. The stories of torture are equally horrific and its effects last for a very very long time. Some of these victims will never fully recover and live normal lives. Some of us who have been to safe houses and listen to stories of those who have escaped and listen to those we have rescued also remain disturbed. My people, let me tell you a bedtime story.

One of the first torture victims I encountered in my journalistic life was a young man called Ronald Kasekende. Ronald was a strong FDC supporter who was very passionate about his party. Like the late Tom Jjulunga. So some overzealous people decided that they really wanted to know what happens in the FDC and Kasekende became a target. The boy was trailed and trailed and trailed and when they found a weakness they took him.

Kasekende was accused of many things. Treason, theft, rape, robbery at one point his tormentors even tried to forge a military number to claim he was a deserter. What Kasekende went through is really a story for another day, not a night like this one. What is amazing is his escape. Just like the sudden discovery of the Kamwenge Mayor, Kasekende’s escape throw the lid open to the realities of torture in Uganda.
For nearly one year Kasekende was missing. His relatives had looked everywhere in vain. Police denied having him and truly they did not know where he was because those charged with tormenting him moved him from one facility to another. The manner of movement to another facility today is a little humane. Today you are blindfolded and put in between operatives who go fondling you in all manner of ways to their desired destination. Back then, you would be handcaft, laid down on the back seat of a vehicle and operatives would sit on you. In other cases they used dog transport vehicles. Squeeze as many inside those small behind things.

So back and forth, Kasekende was brought somewhere in Kololo. Although he did not even know he was in Kololo until the first time he was allowed to take a bath. The boy had been tortured to the point that even water was like knives on his body. He was being kept in a fully bugler proof servants quarters, lucky him, alone in his cell. Every night, his tormentors would come in shifts, smelling of alcohol and other substances and they would have their way with him in many ways. He told us later after his rescue that he was waiting for death so much he prayed they killed him. 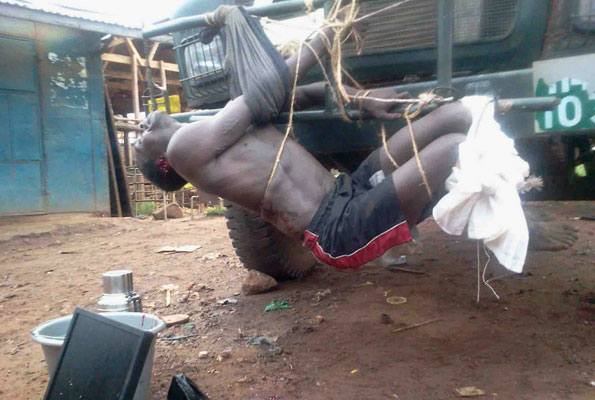 But one day a guard served him his usual one meal a day with A FORK. As he ate ideas began building in his mind. He quickly hid the fork. Ate with his hands. He said he looked at his environment and at the fork. What could he do with it. Suddenly a promise of a fighting chance for his life even if he died. But he was not strong.

Then an idea struck him. Above him was a ceiling and through the ceiling, roofing tiles. That evening, they came and took him, they enjoyed themselves and took him back. Sure that they would not come back, he took his urine bucket and drinking water. He climbed onto a drum that was in his cell and began wetting a small area of the ceiling. He worked slowly and silently through the wee hours of the morning, half the morning, taken extreme caution he is not heard. He finally got a good area wet enough to pull the rest of the ceiling down. He brought it down.

Alas, there was a layer of thin iron sheets before the tiles. But he had the fork. He now had to work very fast before the guards came because someone may have heard that ceiling fall. He scrept away on one point until it cut through. Using his hands he pulled off the thin layer. It cut him but he did not stop. He pulled and pulled, pushed the tiles up. He was now working desperately fast. He wanted to be on the roof. He pulled himself up with the last bite of strength he had. He got to the roof.

A soldier saw him but Kasekende did not care. Infront of him was a tree and after the tree was the wall of the neighbour’s house. He jumped in the tree. The soldier fired a shoot. Kasekende climbed high enough and leaped into the neighbors compound. It was a long fall. The wall was deep on the other side. He fell badly, could not move could not breath.

He got some strength in minutes but by this time a security guard was standing over him. Next came a white lady and some kids and some other people. The white lady said something to Kasekende which he said he did not hear very clearly but suddenly they were all distructed. Banging on their gate. Kasekende said his senses heightened quickly. He touch the woman and told her “help me they will kill me”.

Kasekende had fallen into the official residential of the Denish ambassador to Uganda. Technically he was in Denmark. Yet the UPDF and CMI for hours attempted to forcefully enter the residence. The ambassador was informed by his wife, he called the office of the president the CDF and the police chief. He went home and confronted the soldiers. They demanded Kasekende, he told them Kasekende was in Denmark.

The rest of the afternoon and evening Kasekende narrated his year plus ordeal. He stripped and showed his wounds. The ambassador made calls to his other ambassadors to “come and see what had fallen into his house”. The rest is history. This is how Andrew M. Mwenda Akena James James Akena and myself started raiding safehouse. We found Godfrey Masaba an ex soldier who showed us even more.

Nalufenya, or what is commonly known as NILE FERRY by some of us is really nothing. There are places next to your homes that are worse. Nalufenya is a gym for exercise where the ones starting to do tests.
The people doing these acts are very pleasant people in Public. Family men and woman, humble and very humorous, others very generous too. Inside them however lingers a deadly desire for blood.