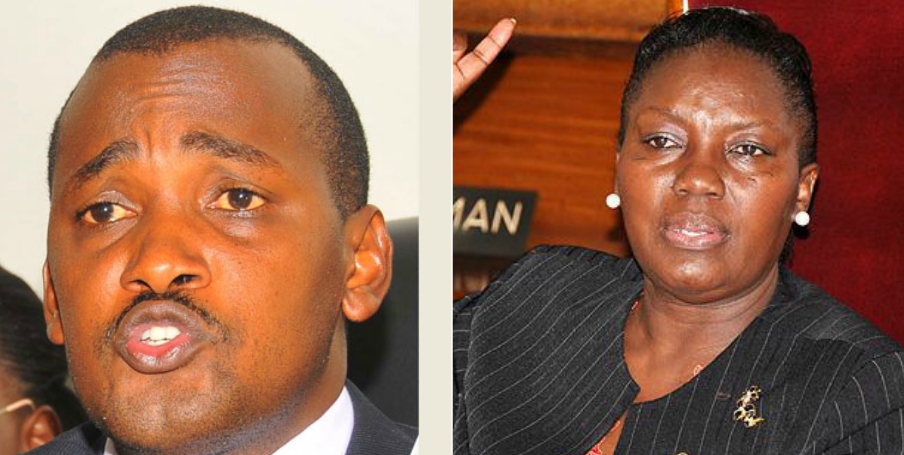 Kibaale County Member of Parliament Frank Kigyigyi Tumwebaze who also doubles as the Minister for Information, Communication Technology (ICT) and National Guidance is set to face the disciplinary arm of parliament over what was described as contempt.

Parliament on Thursday May 18th passed a motion to have the simcard verification deadline extended for not more than one year, a decision that was overruled by Tumwebaze.

The legislators argued that the National Identification and Registration Authority (NIRA) has no capacity to register all Ugandans; considering its constrained staffing as indicated in the Ministerial Policy Statement for Internal Affairs FY 2017/18.

They further argued that; “there is no law prohibiting persons below 18 years of age from acquiring and using mobile phone yet the NIRA) only issues cards to citizens aged 18 years and above.”

Tumwebaze however used his executive powers to order telecommunications operators to go ahead and deactivate the simcards as per the deadline, a move that Speaker Rebecca Kadaga has referred to as contempt of parliament.

“The representatives of the people largely agreed with this decision; I was shocked to learn that the Minister in total disregard and disrespect this house’s resolution has insisted that unregistered SIM card should be switched off,” an infuriated Kadaga said on Friday.

She added that if the executive in any case had a contrary suggestion to the resolution of Parliament, it had an opportunity to present which they didn’t.

“This was a substantive motion; it was on the order paper and if the Executive had any reservation on any matter, the Minister should have presented a statement of objection to the decision made,” she added.

While addressing journalists on Friday afternoon, Tumwebaze said that his decision was not the executive trying to interfere with parliament since concerns of MPs have already been mitigated.

Speaker Kadaga said Tumwebaze is not a regular attendant of parliament sessions saying that since the issue of registration started he has never briefed the house.

“He has not even understood, he has not given himself time to know the difficulties people are going through and has disrespected the people’s representatives.”

“I am signing him for contempt under rule 211 of the Rules of Procedure; we cannot accept disregard of peoples’ voices, the challenges and problems; it’s a high level of arrogance.”