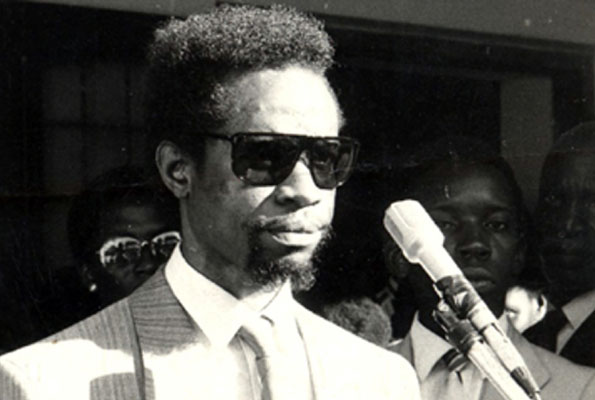 Statewide Insurance Company has been fined Shs15 million over illegal use of fallen singer Philly Bongole Lutaaya’s song in their radio commercial adverts.

Owned by former Kampala Lord Mayor, John Sebaana Kizito, the company neither sought consent of the family of the musician nor paid any coin to use the song.

The advert has reportedly been playing on a number of radio stations in Luganda and Rutooro.

Abbey Lutaaya, a brother to Bongole who also owns administrative powers on Bongole’s estate would later drag the company to court saying that they plagiarized his late brother’s works, diluted the song and rendered it of low value.

Lutaaya argued that no music promoter is interested any longer in approaching the deceased’s family for purposes of either using the song in commercial concerts or re-launching it.

In an out of court settlement between Lutaaya and the Statewide Insurance Managing Director Joseph Kiwanuka, the two parties agreed on similar ground, where the company would pay Shs15 million as compensation to the family.

The agreement made further provides that the insurance company continues to use the song up to December 2018 when a new deal will be negotiated.