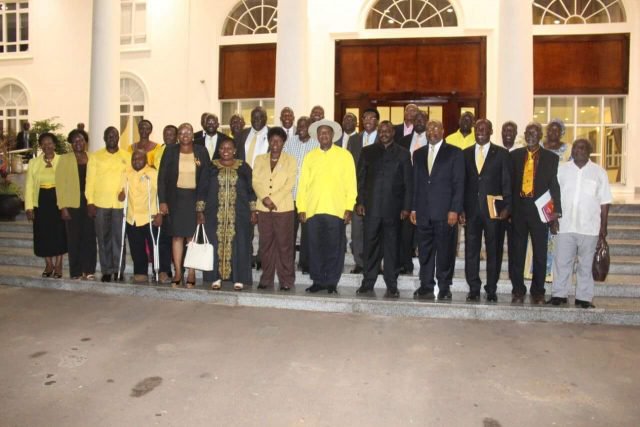 The resolution was made at the CEC meeting held at State House Entebbe on Tuesday (October 24th, 2017).

It will be remembered that President Museveni recently told a caucus of NRM MPs that he fully backed the age limit amendment bill that seeks, among other things, to delete the upper age limit in article 102b of the constitution to allow anyone to stand for president beyond the age of 75.

In Tuesday’s meeting, the CEC resolved to “fully support the bill for the Act entitled Constitution (Amendment) (No.2) ACT.2017, moved by Hon. Rapheal Magyezi” and to “popularize the decision to all structures and membership of the NRM, and the entire country, guiding and mobilizing them accordingly”.

The resolution comes a day after Parliament issued out a total of Shs 13bn (about $3.6m) to over 400 MPs to consult their constituents.

According to Parliament’s director of communications and public affairs Chris Obore, the consultations will end on November 08.