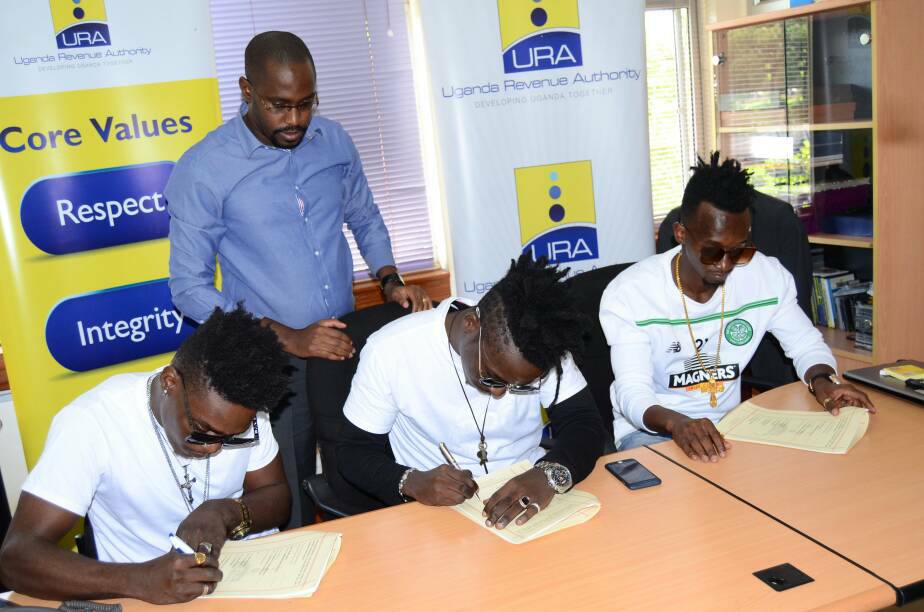 The singers signed a Memorandum of Understanding with URA at the Authority’s offices in Nakawa, Kampala.

The young musicians who have quickly made a name for themselves on the Ugandan music scene are behind the song “Thank you Taxpayer”, which was debuted and frequently played at the Taxpayers Appreciation Week.

The song continues to dominate Ugandan airwaves with the message of appreciating the taxpayer.

The song has greatly contributed to URA’s efforts of preaching the gospel of Voluntary Compliance to Tax and Domestic Revenue Mobilization.

Although the singers have not disclosed how much money they have bagged from the deal, it is in all likelihood worthwhile amount.

The B2C are popular for their hit songs like “Gutamiiza” ft radio and Weasel, “Tokigeza”, “Wansesera” and “Njabala”  among others..