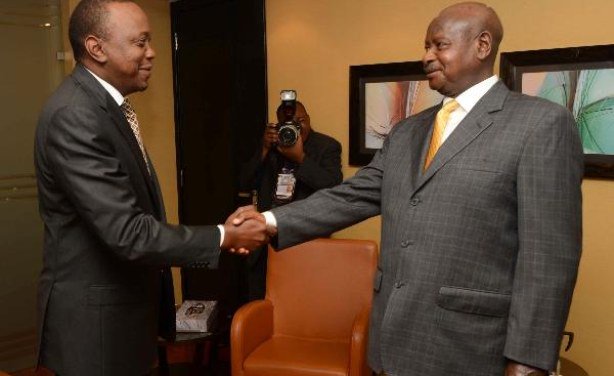 In his congratulatory message to Uhuru Kenyatta via Twitter, museveni wrote;

“On behalf of the EAC that I chair, I congratulate H.E. @UKenyatta upon his re-election as President of Kenya in the recent repeat poll.”

Your re-election is a clear testimony of the trust you have earned from the people of Kenya and appreciation of efforts you have made towards development of your country and region for the last five years.

I look forward to continue working with you to strengthen the brotherly relations and cooperation between our two countries as well as other EAC partner states in the quest to develop our region.”

On behalf of the EAC that I chair, I congratulate H.E. @UKenyatta upon his re-election as President of Kenya in the recent repeat poll.

According to IEBC, Mr Kenyatta garnered 7,483,895 votes, which is 98.27% of the valid votes cast in the fresh election held last week.

But Kenyatta’s main challenger, Nasa’s Raila Odinga, and his supporters boycotted the poll.