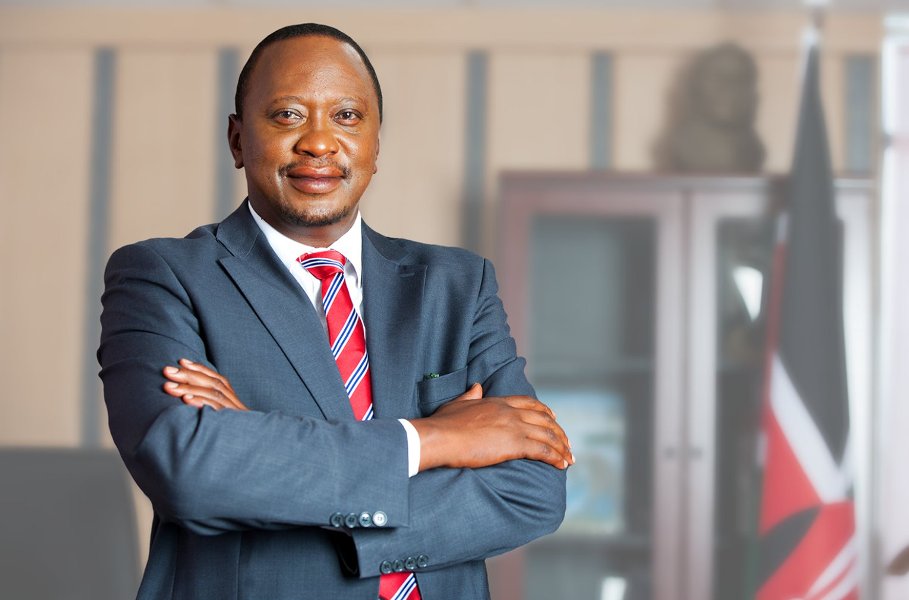 Mr Kenyatta garnered 7,483,895 votes, which is 98.27pc of the valid votes cast in the fresh election held last week and which was boycotted by his main challenger, Nasa’s Raila Odinga.

The declaration process, which is ongoing, started a few minutes to 4pm with Mr Chebukati reading the votes that each candidate got in each of the 47 counties.

The declaration is made without results from 25 constituencies in Nyanza that failed to vote on Thursday due to disruptions of polling.

Mr Chebukati said that the conditions that had been set for the repeat poll were met and that the fresh election credible, free and fair.

He described as the “most difficult and legally unchartered waters” the fact that Kenya, first in Africa and the Commonwealth, and only the fourth in the world, had its presidential election annulled and a repeat poll done.

“I am satisfied that we were able to meet these conditions (I had set) to deliver what to us, and I believe, [to] observers, was a free, fair and credible election,” said Mr Chebukati.

He said detailed steps were undertaken to ensure the election was okay and to address concerns from General Election where the Supreme Court annulled President Kenyatta’s win.

Mr Chebukati said that the election was run by a fresh team made of election staff from all over the country.

He added that conditions in 25 constituencies in Nyanza region made it impossible to hold the repeat election.

Speaking earlier in the day, IEBC Vice-Chairperson Consolata Nkatha said that voting in areas that did not hold elections will not affect the final result.

She said that a verification process had been completed in 266 constituencies where elections were held and that the commission, in accordance with Section 55(B)(3) of the Elections Act, directed that a return to the election be made, thus paving way for a president-elect to be declared.

Last Thursday’s fresh election was ordered by the Supreme Court in a landmark ruling on September 1 that annulled President Kenyatta’s August 8 win over illegalities and irregularities committed by the IEBC.

Mr Odinga boycotted the fresh poll, demanding, among other things, the sacking of senior electoral officials and change of both the ballot paper printer and the poll’s technology provider.

However, it became impossible to hold elections in 25 constituencies in Kisumu, Siaya, Homa Bay and Migori, where Mr Odinga enjoys massive support.

In most of these constituencies, hooligans prevented polling from taking place, welding and riveting shut gates in some places and in others engaging in violence to the extent that the IEBC could not secure its officials.

Mr Chebukati said on Friday that election officials were intimidated, kidnapped or tortured and said that where the commission’s staff was under threat, it was concerned.

However, election took place in 265 of Kenya’s 290 constituencies as well as the diaspora with Kenyans in East and South Africa casting their ballot.

The August 8 election had a 79.17 per cent voter turnout, a drop from the 86 per cent in the 2013 election won by President Kenyatta with Mr Odinga coming in a close second, and losing a subsequent Supreme Court petition.