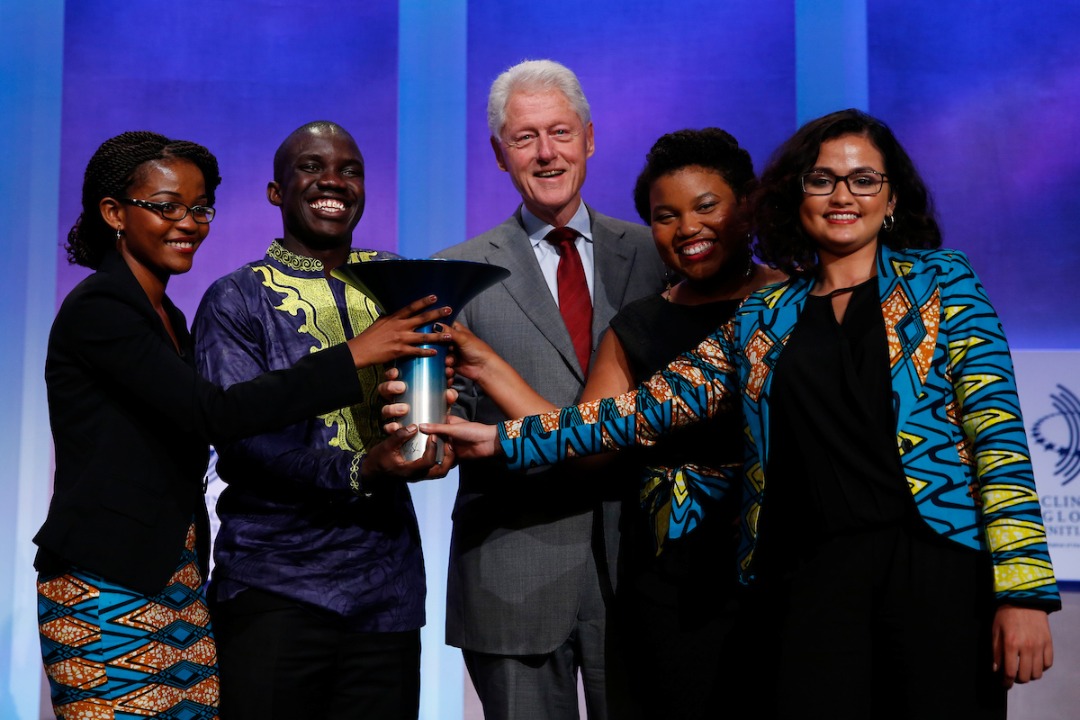 The 2018 Hult Prize Challenge as announced by President Bill Clinton at the United Nations is: “Harnessing the power of Energy to Transform the Lives of 10 Million people.” They are not necessarily looking for the next big breakthrough in energy, but rather they are looking at the application of various energy innovations to change the world. Much like the light bulb. See, it wasn’t the invention of the light bulb that changed everything; it was how people like you took that tech innovation and lit up the world with it. That’s what they are solving with this year’s challenge.

Akampurira Justus, MPCS student at the school of Liberal and Performing Arts, recently announced that Makerere University has been selected to host a local edition of the Hult Prize, the world’s largest student competition for the creation of new social businesses. The annual Hult Prize awards one million dollars in start-up funding to the team of students that develops the most radical and breakthrough idea to solve one of our world’s toughest social challenges.

In partnership with the United Nations, the Hult Prize is hosting college and university events around the world in search of the next game-changing start-up.  Akampurira Justus will be leading the Hult Prize at Makerere University initiative, and is confident that hispeers on campus have as good as chance as anyone to go all the way and with this year’s Hult Prize.

“It’s not every day that we have an opportunity such as this to change the world.  This competition is open to students across all Makerere University schools and colleges and I look forward to supporting teams from a vast variety of backgrounds, perspectives and expertise.  A team of you will be representing all of us at the upcoming Hult Prize Regional Finals in 2018. This is another chance to show the world that our institution is dedicated to impact. Let’s do it,” Akampurira said.

“The Hult Prize is a wonderful example of the creative cooperation needed to build a world with shared opportunity, shared responsibility, and shared prosperity, and each year I look forward to seeing the many outstanding ideas the competition produces,” says Bill Clinton.

The winner of the intra-campus event will automatically advance to compete in one of fifteen regional finals happening around the world (Boston, San Francisco, London, Dubai, Shanghai, Toronto, Mexico City, Quito, Bogota, Melbourne, Lagos, Nairobi, Cairo, Tunisia, Kuala, Lumpur and Singapore) next March, bypassing the general application which annually receives over 20,000 applicants from more than 350 colleges and universities in over 150 countries. Winners from these regional events will be invited to spend 8-weeks living, working, learning and playing in a castle in the UK.

One winning team from each host city will then move onto a summer business incubator, where participants will receive mentorship, advisory and strategic planning as they create prototypes and set-up to launch their new social business.  A final round of competition will be hosted in September 2018, where the winning team to be awarded the $1,000,000 prize.