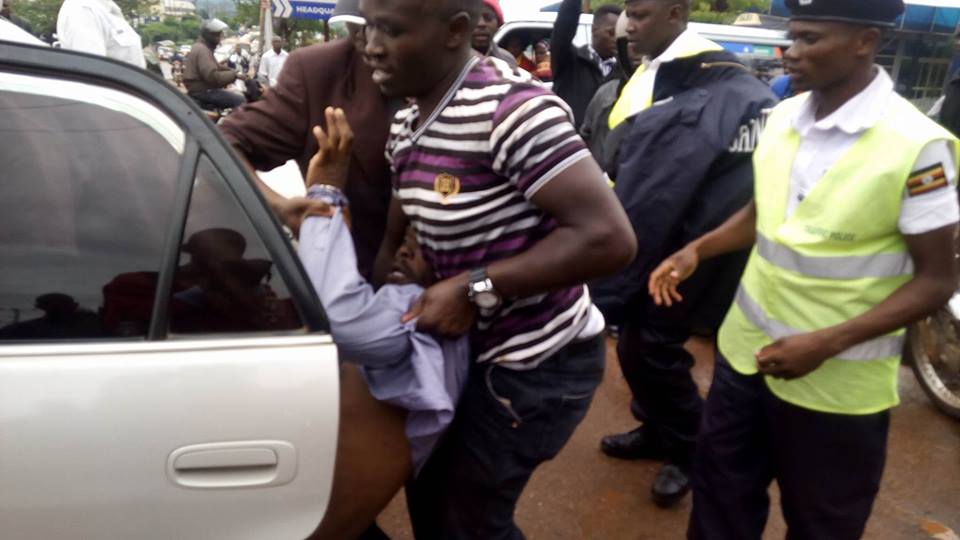 Drama engulfed at Nakawa Magistrate’s Court in Kampala on Tuesday when one of the seven released suspects in the murder of former Police Spokesperson AIGP Andrew Felix Kaweesi was rearrested.

Ahmed Senfuka was rearrested plain clothed operatives who forced him into a waiting car and whisked him away.

While giving his ruling, the noted that he based on Article 73 of the Constitution of Uganda which gives court powers to give mandatory bail to anyone who spend six months on remand without being committed to high court for trial.

It is not yet clear why Senfuka, who was happy to reunite with his relatives, was rearrested.