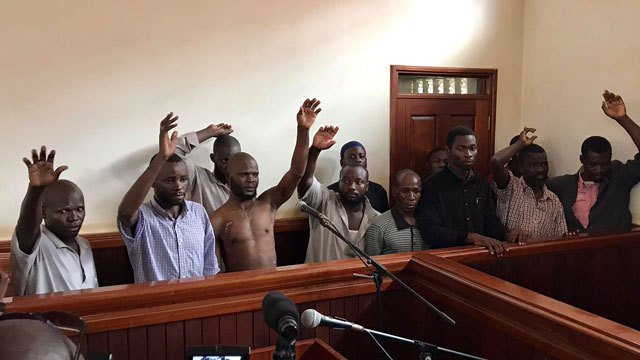 7 out of the 22 suspects in the murder of former Ploce Spokesperson AIGP Andrew Felix Kaweesi have been released on bail, The Tower Post reports.

The suspects were released on Tuesday morning at Nakawa Magistrate’s Court in Kampala.

in October this year, 8 of the 22 suspects were committed to High Court for trial, while 9 of the remaining 14 suspects applied for bail through their lawyers led by Geoffrey Turyamusiima.

While giving his ruling, Nakawa Grade I magistrate Noah Sajjabi noted that he based on Article 73 of the Constitution of Uganda which gives court powers to give mandatory bail to anyone who spend six months on remand without being committed to high court for trial.

“I find merit in the bail application,” the magistrate said.