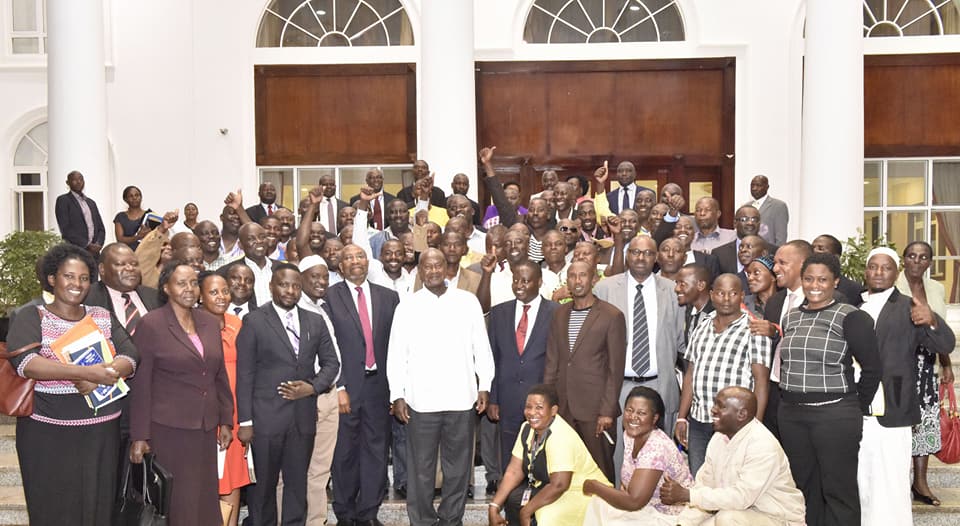 It will be remembered that taxi operators under their umbrella association ‘Drivers and Conductors Central Association (DACCA) on Wednesday last week paralyzed business in down town Kampala as they striked against the levies from KCCA. They would later intercept President Museveni’s convoy at Clock Tower and ask him to intervene on the matter.

During Saturday’s meeting, it was resolved that in the next seven months, taxis will stick to specific routes and pay levies at point of destination not departure.

“As a follow-up to the promise I made to taxi operators, I chaired a meeting at State House involving the operators, city council authorities and other government officials over the issue of levies,” President Museveni said.

“We had a fruitful discussion and agreed on several issues. For example, to create order in the next seven months, taxis will stick to specific routes and pay levies at point of destination not departure. The meeting agreed that I issue detailed working guidelines in the coming days which I will do,” he added.

The meeting was also attended by Prime Minister Dr. Ruhakana Rugunda and Minister for Kampala City Authority, Hon. Betty Kamya among other officials.