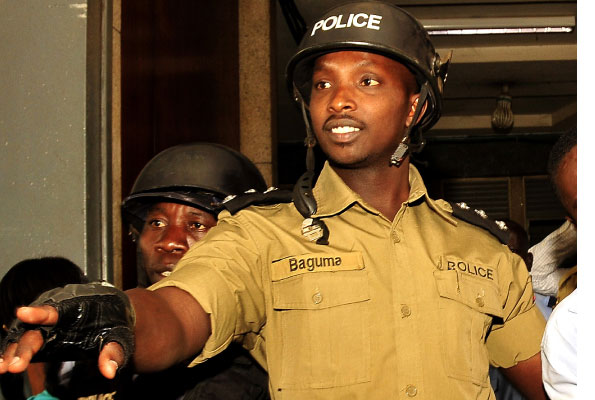 “The DPP wants to discontinue proceedings against Baguma and here is a copy of the nolle proseque dated December 21,2017,” Ojok told court.

No reasons were given for withdrawal of charges against Baguma, however, the prosecutor cited article 180 of the constitution which gives the DPP powers to discontinue criminal proceedings against any accused person.

Bagumba was consequently discharged after Justice Ssenoga acknowledged receipt of the DPP’s letter.

Last month state prosecutor Fatuma Nakafeero told the same court that the trial could not continue because Baguma’s case file was missing.

“We request that we are given more time so as to be able to trace for the police file to enable the accused take plea and witnesses summoned for hearing to kick off,” Nakafeero said.

Bagumba and seven others including Pine Car Bond owner Muhammad Ssebuwufu were charged with the murder of Donah Betty Katushabe in October 2015 over an accumulated  9 million shillings debt worth a car purchase from the car bond.

It is said that when he (Baguma) reached at the scene where Katusabe was being tortured from, he simply advised her to cooperate with her torturers and walked away, instead of rescuing her.

The rest of the accused including Ssebuwufu will return to court on 5th February 2018 for trial.