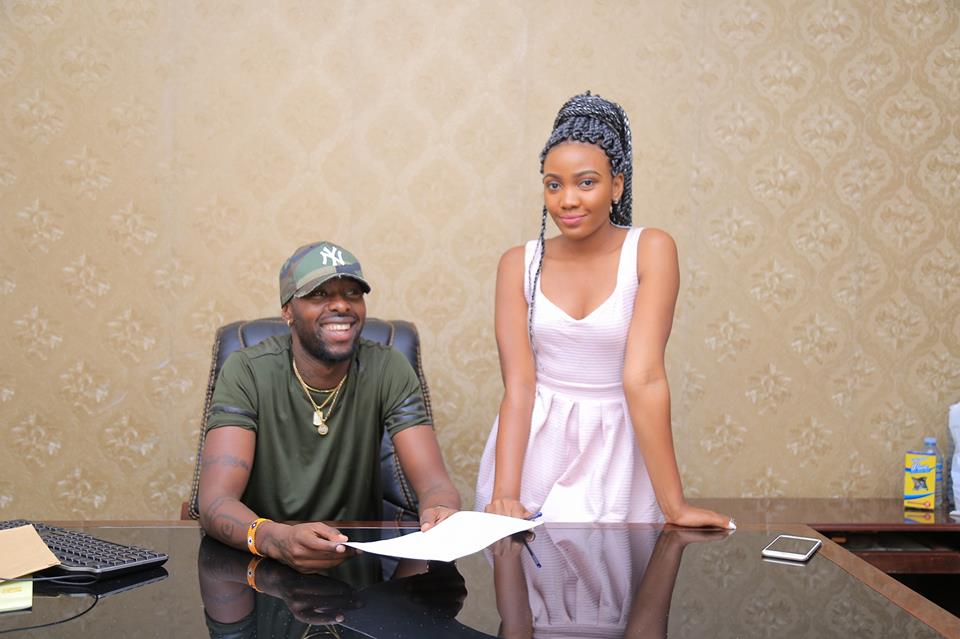 The signing of the contract agreement was signed at Eddy Kenzo’s offices located along Salama Road, Makindye in the outskirts of Kampala on Monday.

“I am so happy to be part of a family that never fails Big Talent Entertainment.  Finally Pia is born,” she added.

Pia Pounds joins singers including Gavana Cymo and Sewa Sewa among others that are signed to Eddy Kenzo’s music label.

This website understands that she will be releasing her first music video titled “Tubawe” this week.