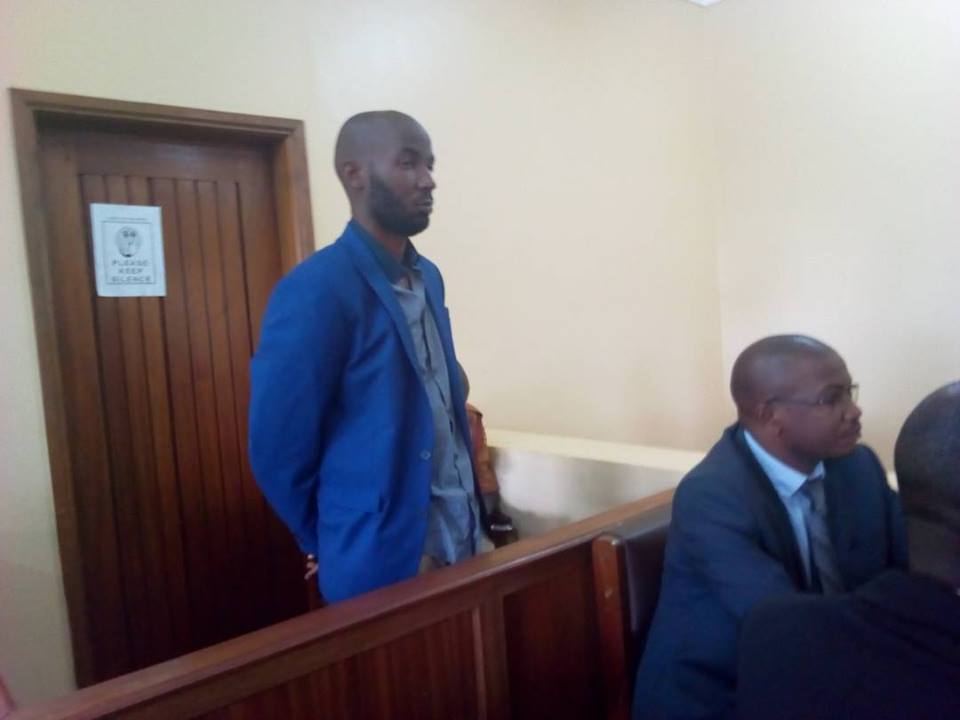 Godfrey Wamala aka Troy, the man suspected to have assaulted Goodlyfe singer Mozey Radio resulting into his death appeared at Entebbe Magistrate’s Court on Monday morning but Prosecution requested for more time to finalize investigations.

Troy has been on remand at Kigo Government Prison since February 7, 2018.

Prosecution alleges that on January 22, 2018, Wamala hit Mozey Radio on the head during a brawl at De Bar, a nightspot in Entebbe.

Radio was on February 1, 2018 announced dead at Case Clinic in Kampala.

The case has been adjourned March 19th and the suspect sent back on remand.