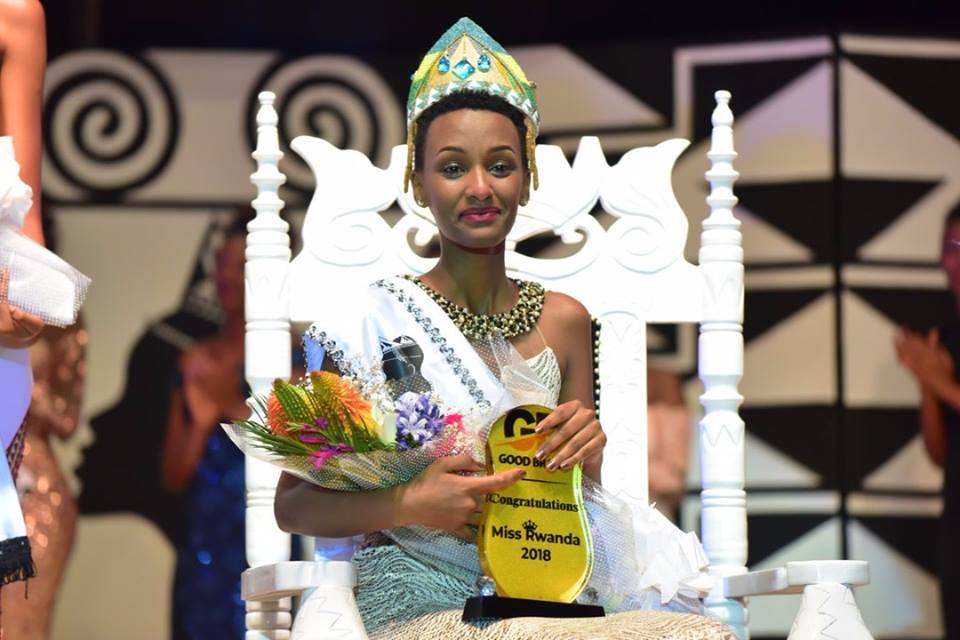 The 18-year-old beat 19 other contestants to claim the title. She replaces Elsa Iradukunda (Miss Rwanda 2017).

Iradukunda took home a brand new Suzuki Baleno courtesy of Rwanda Motors​,​ and will earn a monthly salary of Rwf800,000 ​in the next year, ​courtesy of Cogebanque.

She also a won package of additional prizes that include cosmetics and air tickets to international beauty contests from RwandAir among other goodies.