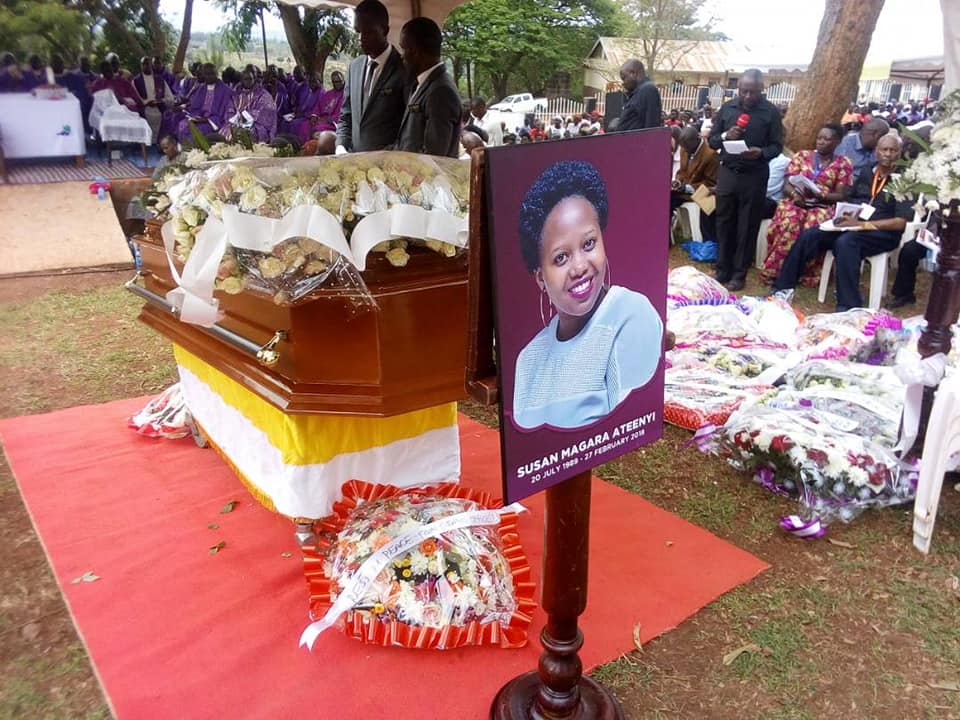 While speaking at the burial, which was attended by hundreds of mourners, Security Minister Gen Henry Tumukunde, who represented President Museveni apologized to mourners for government’s failure to rescue Magara from her captors.

“We plead guilty in this particular case because security could have saved the life of Susan,” he said.

He however explained that Magara’s family had agreed to work with security agencies in investigations but later asked them to withdraw for fear that she would be killed.

Representing Police Chief General Kale Kayihura, was AIGP Abbas Byakagaba who told mourners that he is doing whatever is possible to apprehend the suspects.

AIGP Byakagaba was chosen to head the team investigating the murder.

“We have made some progress. We are tracing the suspects. We have good, good information from the toll free telephones which we gave the public,” he said.

Suzan Bagara was kidnapped by unknown people on her way home in Lungujja, Lubaga Division about on February 7th and her body was discovered by police dumped 100 metres from the Kampala- Entebbe Express highway at Kitiko which is between Kigo and Kajjansi in Wakiso district on Tuesday.