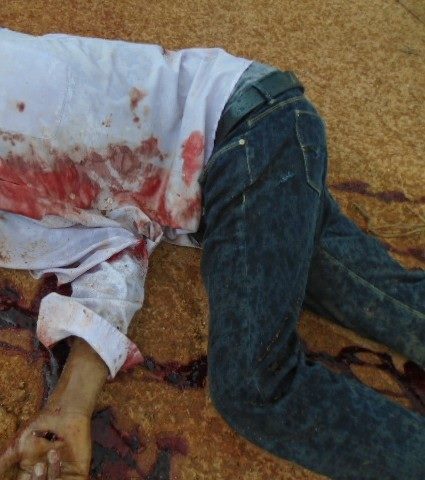 The two armed men using a boda boda motorcycle intercepted a premio car in which a woman was a passenger. One suspect jumped off the motorcycle and slit the woman’s throat.

The woman identified as Joselyn Agaba commonly known as Mrs. Rwabyoona, a businesswoman at Rwabyoona Plaza and broke into her money counter.

They later hijacked a vehicle belonging to a driving school as they tried to flee the scene .

Police were informed and followed them as they headed towards JOKAS Hotel Stage where they decided to hijack and used a motorcycle due to heavy jam.

Doctors at Gwatiro Hospital have confirmed that Jocelyn’s condition is under control and she has been discharged.

The bodies of the robbers were been taken to Mulago Mortuary for Post Mortem.