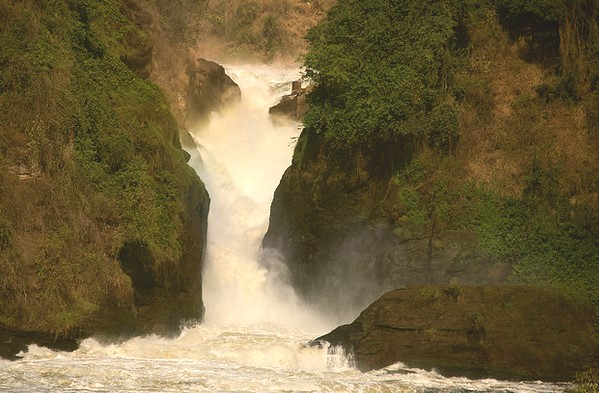 When Murchison Falls National Park park was established in 1952, the Game Department enthused, “The main tourist attractions of this park was definitely the unique Murchison Falls as well as the River Nile with its streaming hippos and serried ranges of crocodiles along the sandbanks, as well as large numbers of different species getting down to drink & bathe”.

Presently the spotlight of a visit to Murchison is the launch trip up the stream to observe the Falls and riverbank wildlife. The launch starts at 09.00 and 14.00 every day. The round trip takes 3 hrs. Another boat trip goes downstream from Paraa Safari Lorge down to the papyrus delta at the point where the river enters into Lake Albert. This 4-5hr return adventure provides a good chance of discovering the shoebill stork and different varieties of Uganda safari wildlife.

The Nile below Murchison Falls offers exciting challenges to anglers coupled with a chance to land a huge Nile Perch (the record is 108kg). Fishing is prohibited to designated sites & places are limited so advance booking is recommended. A number of boats could be hired for sport fishing by prior booking. Do carry your own fishing equipment.

The most spectacular view of the waterfall is on the top of “where the sight & sound of the Nile crashing through”, wide chasm makes a memorable assault on the senses site -can be reached either by car / a 30 minutes climb, leaving the Paraa Lodge.

Trails through Kaniyo Pabidi forest for 8 kilometer inside Kichumbar Gate, offer the opportunity to track chimpanzee and primates below Uganda’s largest left mahogany. Birdwatching is excellent with the opportunity of sighting rarities while the yellow-footed flycatcher, white thi hornbill and Ituri batis. Nature walks are as well offered up at Rabongo forest.

Buligi area
The park’s superior savanna game viewing aspect, this grassland wilderness is located between the Victoria and Albert Niles with excellent views towards the western rift valley beyond Lake Albert in the DRC. A drive from Paraa passing Delta Point takes 3 to 4 hours. Morning & late afternoon are the best times for sight game drives. A ranger guide from UWA is recommended to help you in most of your game drive.

The park is subjugated by woodland, wetland, savannah as well as tropical forest that is well known to be a habitant for over 76 mammal species and over 450 different bird species. Among the big mammals include hippo, Rothschild’s giraffe, warthlog, cape buffalo, Uganda kob, hartebeest and elephants.

The Nile corridor of the Murchison has a big collection of water birds such as shoebill stork and also has a large concentration of Nile Crocodile. Kaniyo Pabidi forest is a home to primates, chimpanzees and over 360 species  of different birds.

Murchison falls is among Uganda’s best birding spots with over 451 bird species which include; Albertine rift endemic birds, water birds, and savannah birds. Viewing birds in the scenic landscape and amazing wildlife of Murchison is among the most interesting experiences while on a Ugandan safari. The park is located in the Northwestern part of the country about 305 km from Kampala hence approximately a 4hours’ drive by road.

There are very many birds in the park of which some are rare, common, and occasional such as the Gray crowned crane(Uganda’s National bird), Giant Kingfisher, Giant Heron, Shoebill stork, Abyssinian Ground Hornbills, Nightjars, Marabou stork, Black headed lapwing, Back-bellied Bustard among others.

Birds in Murchison can be best spotted while on a game drive, nature walks through the savannah grasslands and on the boat cruise along the Nile and on Lake Albert Delta. Birds like the blue napped mouse birds, silver birds, weavers among others can be spotted near Paraa and Red chilli in through the dry thorn-shrubs. Nocturnal birds like the nightjars can be seen along the Paraa road and while on the boat on the Nile. While on the boat still very many birds such as the shoebill, Gray crowned cranes, Goliath herons, black headed lapwings among others can be spotted.

Birders can watch birds all year round though best time is during the dry season in months especially from January-March, this time is a low tourist season in Uganda but birding is still plentiful. From December-February the rains begin and birding can still be done.

From April-May and from August-October there are heavy rains, which makes it difficult for bird watching since the hiking trails become slippery and roads in the park become impassable.

The shoebill is the park’s most outstanding attraction though rare but can be spotted from January to March during the dry season. Migratory birds can be seen between months November and April.

List of some of the birds found in Murchison falls

These roaring waterfalls found on the beautiful Victoria Nile are among the most impressive and leading tourist attractions in Uganda. Locally called the Karuma Falls, the name was derived from a notion that Karuma, a great spirit, positioned the stones which break the waters of the river. The stunning Karuma Falls are located on the eastern border of the Murchison Fall National Park (which is the largest reserve in Uganda), and just an hour drive from the district of Gulu in north-western Uganda. the land of the park around these falls pride in a broad diversity of birds, buffaloes, antelopes, monkeys, Uganda safari lions, baboons, elephants, leopards, Uganda Kobs, Hartebeest as well as giraffes.

The Karuma Falls comprise of a Sequence of natural good locking rock formations all the way at the base of the Victoria Nile, within this place, and these result into the waters of the great River Nile to ripple, offering the Nile an appearance of stunning white foam. The falls are situated at the place where the main road of Masindi-Gulu crosses the great river Nile, about 110 km northeast of the town of Masindi and only 70 km south of the town of Gulu. These 2 districts are connected by the Karuma Bridge, constructed in 1963 to assist cotton farmers within the west Nile. this bridge crosses the huge waterfall whereas the sprays of water of the white water move towards Southern Sudan in the northern part of Uganda.

This traditionally falls, in a supposed that the explorer John Speke moved past it during his search for the source of the great river Nile, and so it is among the significant landmarks in Uganda. The Karuma falls are habitat to the Karuma Power Station, which is a 750 Megawatts hydropower development that was implemented by the government of Uganda in partnership with its other foreign partners.

.Once upon a time, these falls were designated as a hazardous zone for the reason that the Lords Resistance Army  also called the LRA rebel staged several attacks within this area. These rebels would hide within the bush, and from there attack cars as well as buses traveling to both directions. However, today it is very safe, given that the rebels were set out of this region by the Ugandan army all the way to the rainforests within the Democratic Republic of Congo in 2007.

Getting to the Karuma Falls:

Traveling from the capital city Kampala, board buses heading to Gulu. These can be found from the Baganda Bus Station as well as the bus terminal at Nakivubo. On the other hand, arrange private transport through any of the tour operator found in the capital city – Kampala or directly contact the lodge where you will be residing while at Murchison falls, to organize a trip to the splendid Karuma falls. River Nile is famous to as the longest river in the entire world with its source beginning in Jinja found in Uganda. Its name was derived from a Greek word ‘Nile’ for ‘valley’. The river begins from the North-eastern section of Africa and flows to the nearby areas adjacent to the equator continuing to the Safari desert until it finally pours into the Mediterranean Sea. The Nile is approximately 6696 km long flowing through 9 countries (Uganda, Sudan, Ethiopia Burundi, Tanzania, Rwanda, Egypt, and Kenya) although most concentration is focused on Uganda and Egypt.

This well-known river has 2 major twigs, the Blue Nile which joins in Khartoum and forms the central part of the Nile that comprises of Cataract Nile and the Egyptian Nile, and the White Nile which is the longest and separates into 3 parts; the lake plateau area, The Sudan and the central Sudan area.

The Nile has played a great role in the modernization of several countries such as Uganda plus Egypt. Because of its fascinating history, many people have visited Uganda. The Nile offers power to Uganda as a form of hydroelectricity (the Nile has the Owen Falls Dam where hydroelectricity is generated plus another dam constructed almost to completion) which the people use to run their day to day activities as well as run the economy. The Nile’s banks are very fertile and suitable for agriculture as well as offer water for domestic use. The Nile in addition is a source of life to various animals that come to drink its waters like crocodiles, hippos, buffaloes among many others. Many tourists’ activities such as white water rafting, boat rides, bungee jumping, fishing and Kayaking are done on the Nile. These have drawn big numbers of foreign tourists to visit Uganda hence enabling tem explore Uganda the peal of Africa.

The perfect way to get a closer feel of the great Nile is by joining in on a Nile cruise, which will help you unveil the hidden beauty of the country. As you organize a tour to Uganda, the Nile should be among the must-visit places before you return home.

Reserving a safari along the River Nile offers you the various activities such as Bungee jump. A small number of kilometers away, is Bujagaali Falls, a capital for adventurers with Grade Five white-water rafting, mountain-biking, kayaking, as well as river boarding. These exciting activities present an exceptional opportunity to explore the banks of the river, going though farms, villages plus forests beside the River Nile.

Along the course of the Nile is Lake Kyoga which feeds the Nile with fresh water. From here it flows on through the stunning Murchison Falls National Park, and there it pours its millions of liters through a small 7 meter gorge dropping below to 43 meters hence forming the breathtaking Murchison falls. Activities like spot fishing, scenic viewing plus game drives can be enjoyed on a safari in this area to offer you a thrilling experience.
The Murchison Falls National Park derived its name from the Murchison falls and it offers boat trips to the bottom of the falls with en-route sights of hippos, buffaloes, crocodiles and various bird species. In addition this park organizes enjoyable nature walks to the peak of the falls which are also very rewarding.

From here, the Nile flows on through Lake Albert on through northern Uganda, to Sudan all the way through to Egypt where it pours it volumes into the Mediterranean Sea. 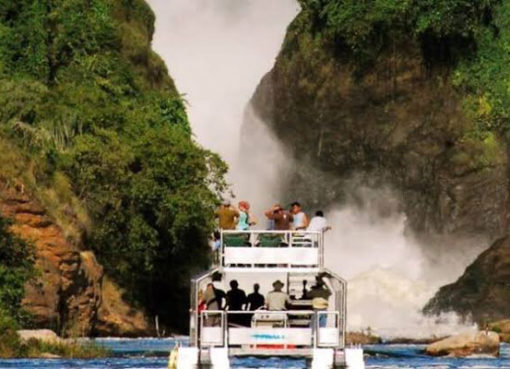 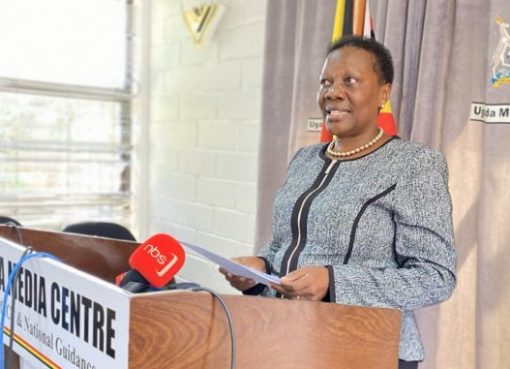 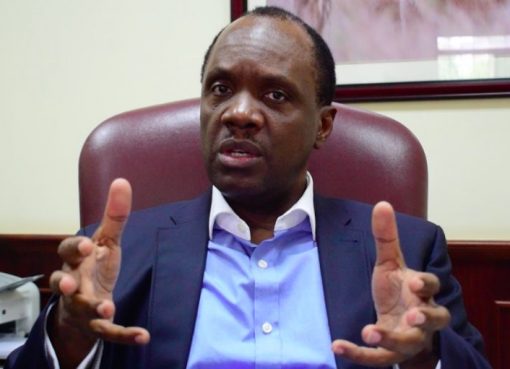