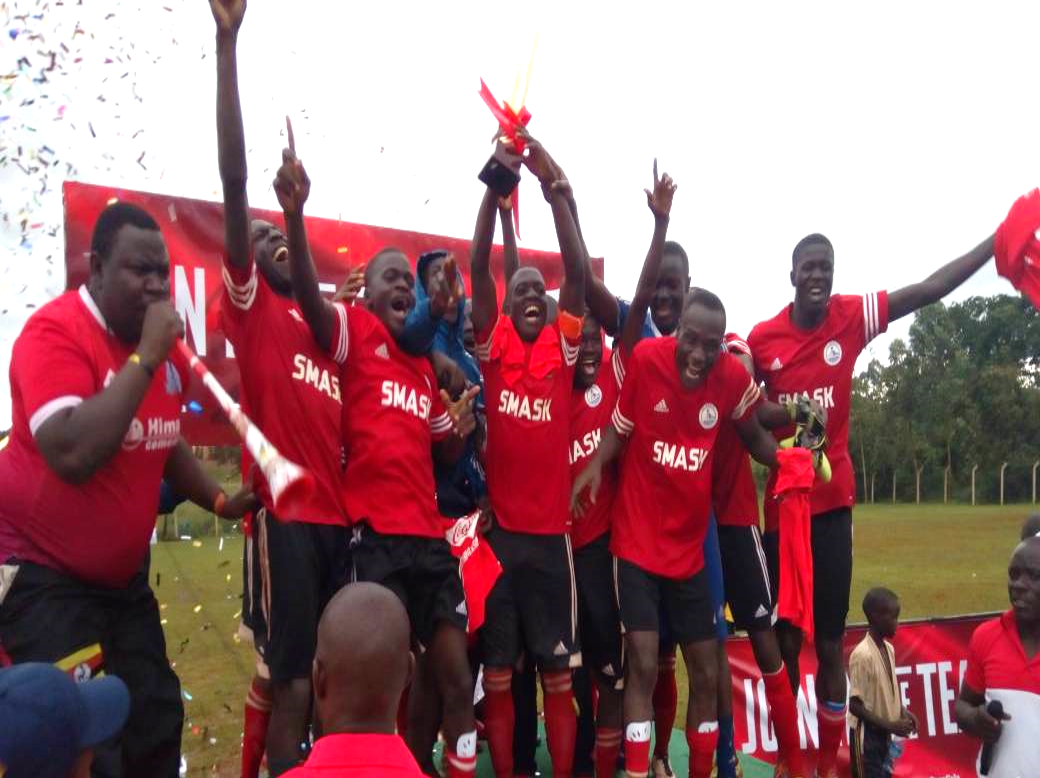 Budo S.S, St. Julian Gayaza, Standard High Zana and London College are the other four schools that will represent Wakiso in the national championships that will be held in May this year.

As part of the COPA Coca-Cola Silver Jubilee celebrations, Kitende S.S also won a brand new flat screen TV to enable them watch the FIFA World Cup that will also be happening this year.

Over the past 25 years, COPA Coca-Cola has become Uganda’s largest brand-supported grassroots football tournament with notable players such as Farouk Miya, Godfrey Walusimbi, Shaban Muhamad, Khalid Aucho and many others having gone through this tournament to make it to local and international clubs as well as to the Uganda National team. This tournament has cultivated values such as team spirit, friendship, constructive competition and mutual respect in thousands of players in over 2000 schools across the country.

The regional tournaments are currently being played in different regions across the country and winning teams will converge in Mbarara early next month for the National Championships.

Commenting about the recently concluded Wakiso Regional game, Mrs. Maggie Kigozi, the Coca-Cola Marketing Manager for Uganda congratulated both teams for putting up a spirited fight up until the last minute of the game.

“I am proud to note that the quality of football in Wakiso region has greatly improved over the years of this prestigious tournament. I believe we have instilled values that these students will leverage on as they build their futures,” she noted.

“I wish you all the best in the national tournament,” Kigozi concluded.