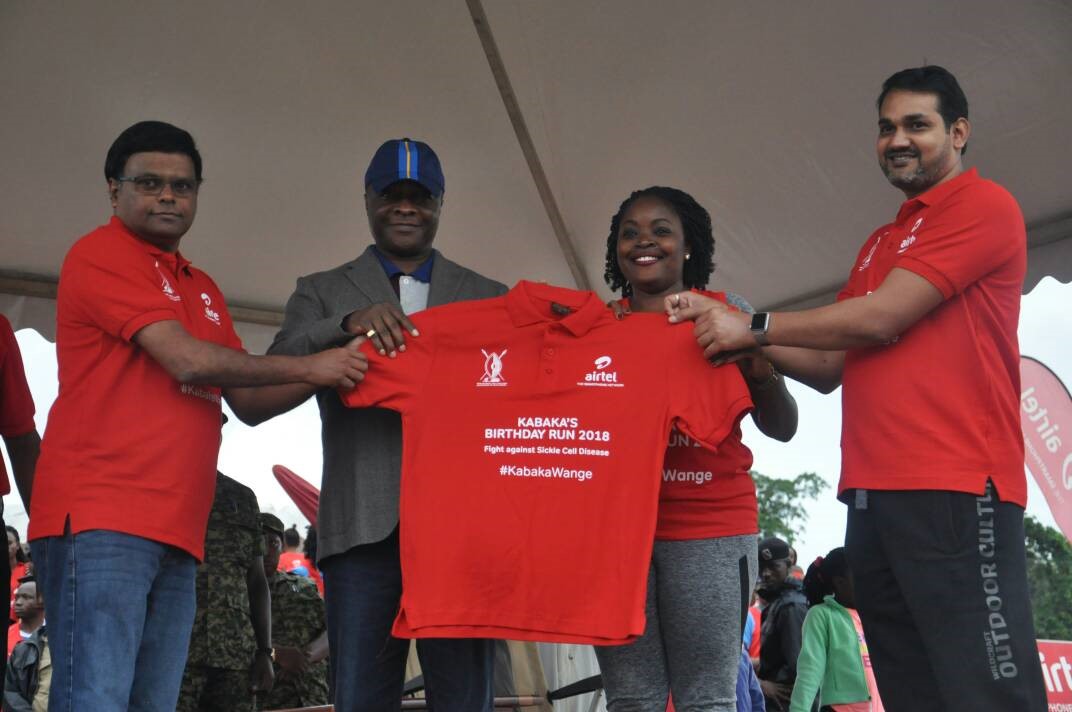 Mr. V.G. Somasekhar, the Airtel Uganda Managing Director, has applauded the thousands of Ugandans who braved the rain last weekend to participate in the 2018 Airtel Kabaka run.

“This year, we registered almost double the participants we registered in 2017. This, to us, is an affirmation that our partnership with the prestigious Buganda kingdom is positively impacting lives of Ugandans across the country,” he noted.

The Airtel Kabaka Run is part of Airtel Uganda’s five-year partnership with Buganda kingdom to support four of its main annual activities including the Kabaka’s birthday celebrations, Kabaka coronation and Eid-El-Fitri. Since its inception, the year has registered a steady increase in participants with 2018 registering over 10,000 participants more than the 2017 run.

“In 2017, we handed over 60,000 sickle cell testing kits to the administration of The Uganda National Health Laboratory Services to enable them carry out conclusive testing on over 120,000 Ugandans and with the increased participation in 2018, we are confident that we shall make an even bigger contribution,” Somasekhar added.

Sickle Cell Disease (SCD) is a genetic disorder in which the body creates sickle-shaped red blood cells, which affect blood flow in cells and organs causing pain and organ damage. Last year, Uganda’s Ministry of Health embarked on a comprehensive program aimed at reducing the burden of the sickle cell disease in the country by testing new born babies and all children below 2 years in the 14 districts with the highest sickle cell disease and trait. These include Kampala, Gulu, Lira, Jinja, Tororo, Luweero, Wakiso, Apac, Iganga, Mayuge, Buikwe, Oyam, Masaka and Masindi.