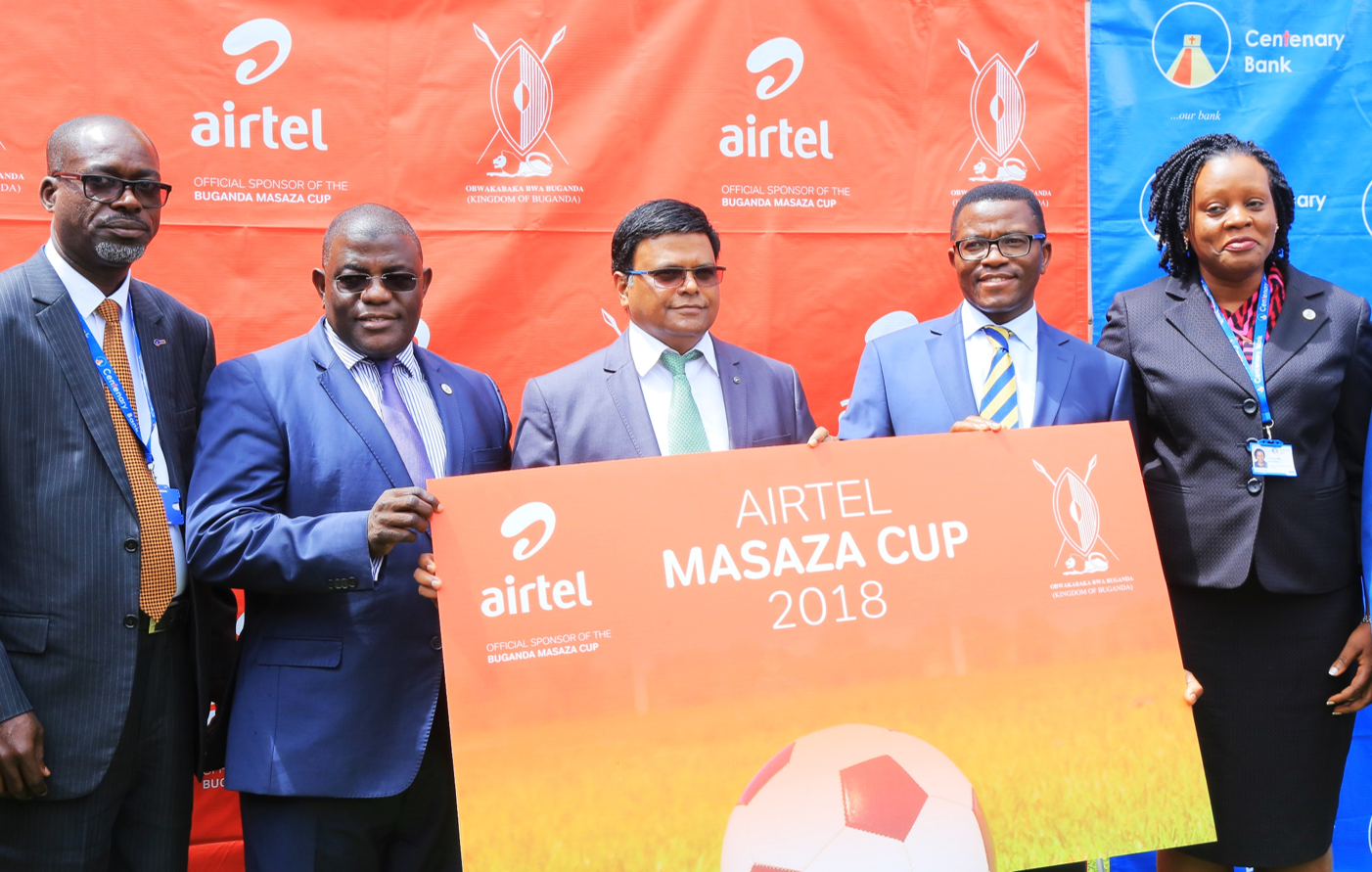 The Masaza Cup is an annual Buganda Kingdom tournament that has been played since 2004 and usually features 19 teams from 19 different Buganda Kingdom regions. Last year, Gomba defeated Ssingo to emerge champion – a well-deserved win after losing to Buddu in the 2016 finals.

“We are proud to once again come together with this prestigious Kingdom to launch this tournament. Our commitment to Ugandan sports is highlighted by our involvement in football at every level right from the grass root with our Airtel Rising Stars tournament to supporting the National team-the Uganda Cranes,” commented Somasekhar.

“Football unites individuals and societies, develops communities and teaches the values of team work to achieve a common goal. There are no better qualities to instill in the youth today and I would like to congratulate the Buganda Kingdom for this initiative,” he added.

“Airtel is no stranger to this Kingdom. We have worked together in the past on a number of projects and I believe we shall continue this relationship in the future. This tournament boosts talent and creates unity and I encourage everyone to participate either as a player or as fan,” he commented.

He also noted that this year, the Kabaka will grace the opening game on Saturday 23rd June in Gomba district and the finals which will be played at Namboole Stadium in August this year.

This event comes just a week after the telco launched Airtel Rising Stars – the youth football tournament that is aimed at identifying and nurturing football talent. Airtel Uganda is also the official sponsor of the Uganda Cranes National football team and has an ongoing partnership with the Buganda Kingdom to sponsor the Kabaka birthday celebrations, Kabaka Coronation and Eid-el-Fitri celebrations.