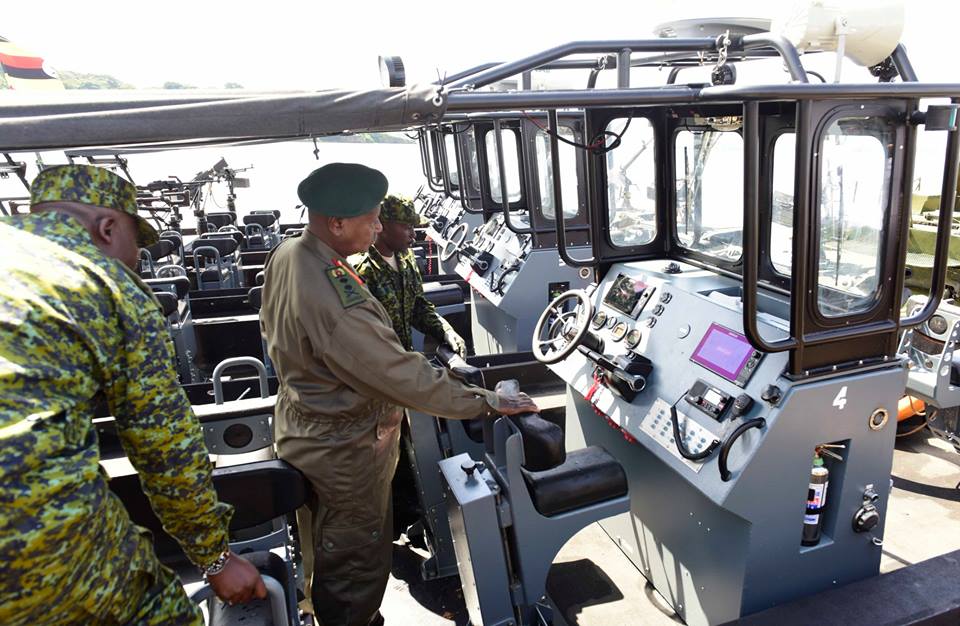 President Yoweri Museveni has told Ugandans who build near fish breeding places and those who carry out illegal fishing activities that it is criminal to do so.

“In the strategies to eliminate bad fishing, you should not allow anybody to disturb the breeding places. People should only be allowed to build around certain areas but not everywhere. These lakes can be goldmines if we just use them as the Lord gave them to us,” he remarked.

The President was speaking during the commissioning of new marine boats that have been procured from South Africa through Impala Services.

The ceremony took place today at Port Alice Pier Military Base in Entebbe during which the Marines exhibited proficient combat tactics and water survival skills in swimming, diving and endurance in water defense demonstration.

Mr. Museveni congratulated the Army leaders for pushing forward the program of waterborne capabilities adding that since 20% of Uganda is under fresh water, it is crucial for the country to have water security at its borders and inland.

“Lakes are very easy areas of infiltration, there is need to defend our fisheries but also stop border lakes from being used by terrorists and criminals. I am an expert in this because I once had to use a boat of 25 horse power to cross over to Kisumu which was so risky,” he said.

The President told the Marine Army leaders of the need to reinforce the capacity of the Marines by installing surface radars that can scan the lake to locate every boat on the water. He reiterated that just like motorcycles and vehicles that had to have electronic number plates on them, it was also necessary for the Marine boats to be electronically marked to curb crime on the waters.

He advised the Army leaders to think of partnering with Impala Services to be able to make the boats in Uganda instead of importing them saying importation is costly to the country.  He thanked Impala Services partners for the good boats.

The President also commissioned five senior officer cadets Onzima Samuel, Mukundane Baker, Tibakula Eliaza, Ntegeka Julius and 1 female officer Mirembe Betty to the rank of Second Lieutenant. He congratulated the Marines for having built their manpower and assured them that the government will take care of the equipment in their possession.

The Chief of the Defense Forces, Gen. David Muhoozi, thanked the President for his intervention in the fisheries industry by sending the Marines corps to clump down illegal fishing activities. He revealed that the Marines corps have plans of increasing their fleets with more vessels and strengthening the Marines’ capabilities.

Brigadier Michael Nyarwa, Commander of the UPDF Marines, said that the corps have not only been able to fight illegal fishing activities but also helped citizens in distress when on the lake. 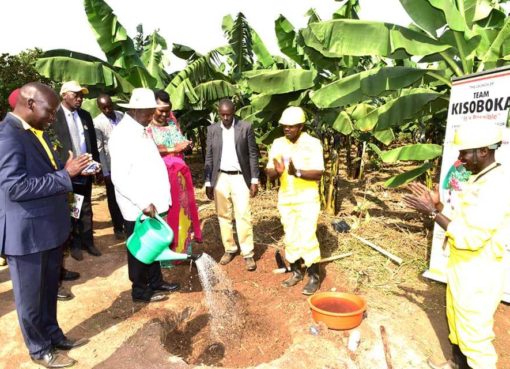 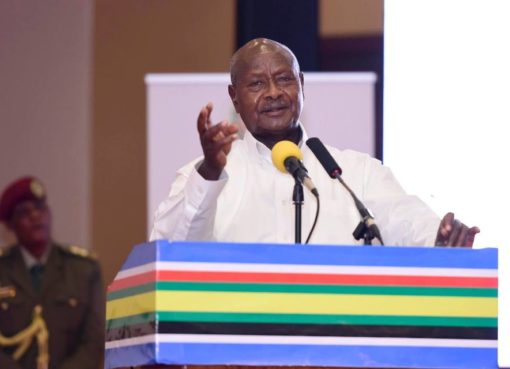 Museveni Roots for Investment in Infrastructure in EAC 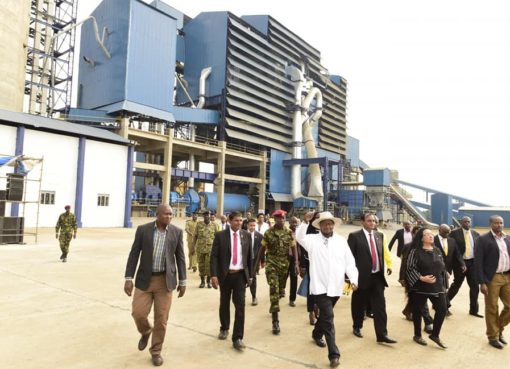