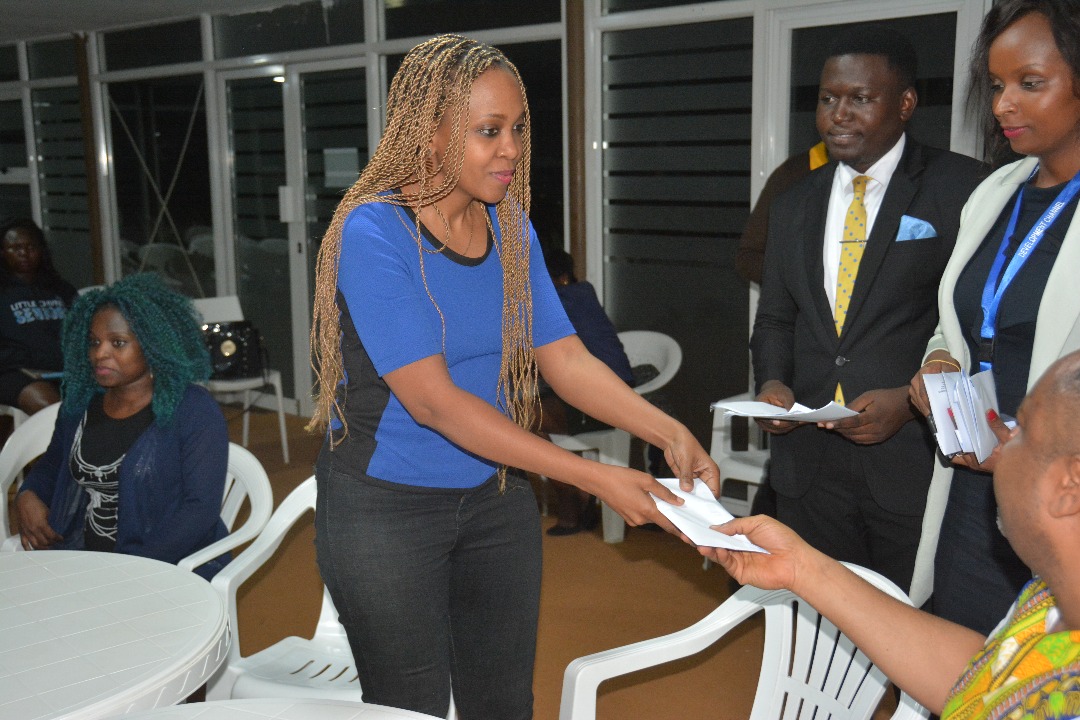 Nine seasoned Actors have signed a contract with Development Channel to promote the company’s activities among, which is the African Child Poverty Alleviator (ACPA) Program in the on-going Economic war.

Among the Actors who have signed are Matthew Nabwiso, Eleano Nabwiso, Roger Mugisha, Richard Tuwangye, Cleopatra Koheirwe, Jenkins Joel Mutumba and Housen Mushema. All the Actors received a No Dropout tablet which is part of the 25 areas that have been identified for an Economic war.

Speaking about the Economic War, Roger Mugisha said Africa has been silent for a longtime while the world was busy scrambling for its resources. “We continue to bleed as we sell cheap raw materials and re-import them at triple the cost. This has left Africa in a sorry state of poverty and debt,” Mugisha says adding that Africa bleeds resources that run the economies of the first world.

Mugisha could not bring himself to an understanding that with all the resources in Africa, the continent was not addressing the plight of the African child. “I support the African Child Alleviator program because it is real and sustainable. It’s a super solution for children who are not as privileged as those in Europe or America.”

Richard Tuwangye an Actor and Comedian described the Economic war as a bold fight that has to be fought squarely, boldly because it’s the right time for the continent’s resources to benefit Africa.

“It is time for Africa’s wealth to benefit Africa and its children rather than benefit the people who economically drain Africa. I am more than glad to be a soldier at the fore front in this war.”

“The African Child Poverty Alleviation program is a concept that if well embraced, would offload a lot of pressure from financially strained parents, but mostly importantly it would open the children to unimagined opportunities,” says Tuwangye. 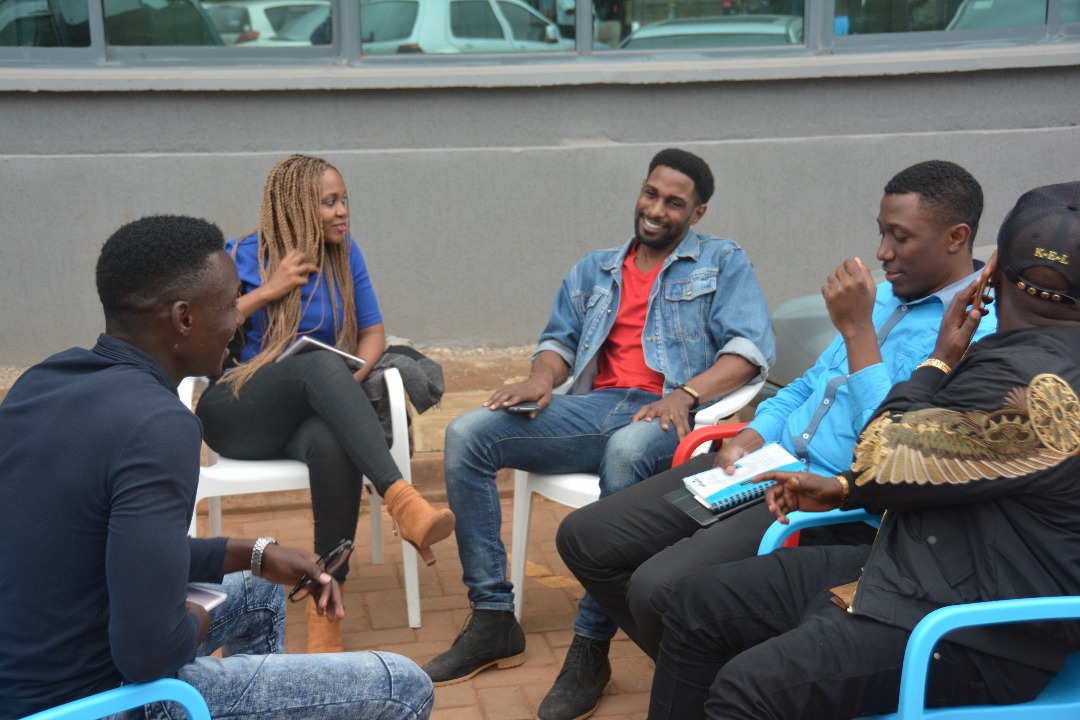 Parents should embrace the concept for the sake of their children to sore to rise to heights un-imagined by their financially strained parents.

Matthew Nabwiso a renowned Actor who featured in the hostel described the Economic War as a Pan Africa revolution, which will give Africa the real independence from Donor Aid.

“The African Child Poverty Alleviation program is a sustainable cause to change the story of the lives of African children,” says Nabwiso.

Housen Mashema says he had heard a lot about the Economic war but had paid little attention. “We as the youth in Uganda have the power to change the mindset of the people at the grassroots.  Africa has been stabbed and sucked of its resources by the West, leaving it in abject poverty,” the light skinned act says.

Mashema said he had been deeply touched by the African Child Poverty Alleviator program to reach and change the millions of children who are in Uganda in particular and Africa in general. He promised to create awareness of the program and be supportive.

“It’s time for Africa to produce its products for export and promote local business growth by giving employment opportunities and helping change Africa for the best.”

The African Child Poverty Alleviation program is the best part of the Africa Economic war; we are helping a generation to live a complete life by providing education and health. “The future is bright let Ugandans buy children’s tablets for their children for a bright future.” 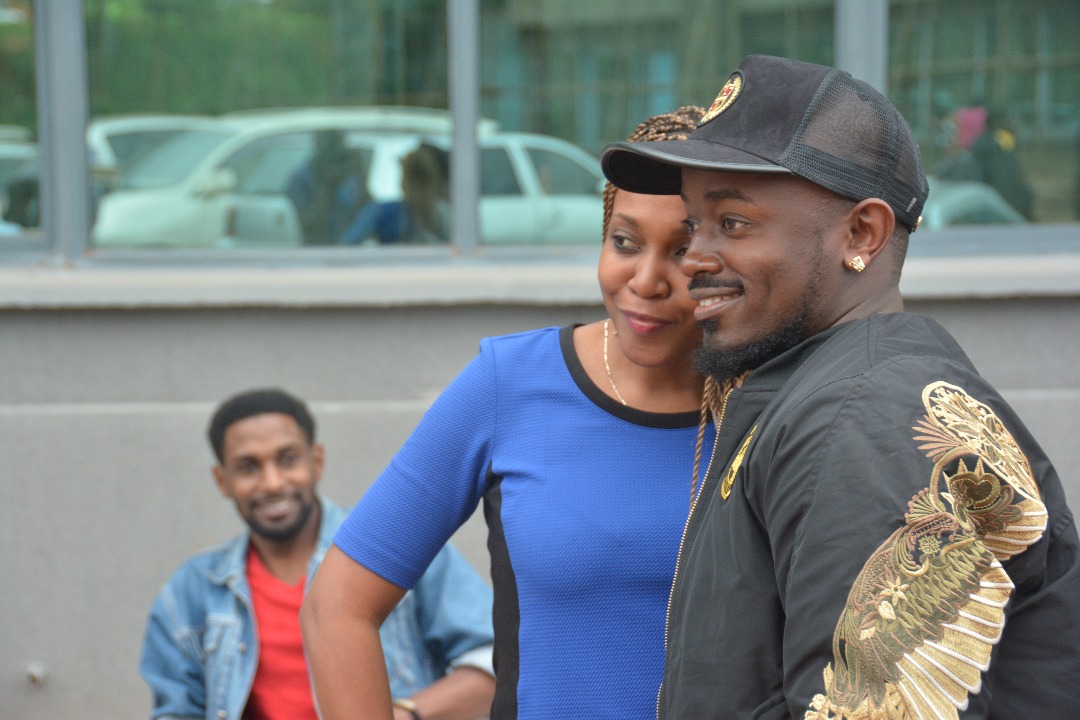 Cleopatra Koheirwe an actress, radio host and writer said when the economy of a country is weak it renders that country unable to stand on its own. “It has to rely on other countries for financial support. It’s time for Africa to fight its Economic war. I admire what Donald Trump is doing for America, in the business sense.  He is putting America first. Let us also put Africa first because no one will support us as Africa to create jobs and earn money,” Koheirwe said.

The Africa Child Poverty Alleviator will help deal with the rising number of street children. “This program will support children grow into responsible adults,” noted Koheirwe.

Joel Jenkins Mutumba called on every Ugandan to participate in the Economic war. “If Europe can fight their Economic war how about Africa? The money Africa loses in Capital flight and what it earns are worlds apart. “I cannot miss being part of it; I have always longed to be part of something that can make an impact. I urge all Ugandan artists, actors, doctors whichever profession that they should come and join us let’s make this happen, let’s change our lives.”

“The African Child Poverty Alleviator program is a great program that every parent in Uganda need to be part of; we admire how the western people manage to keep their children in good health, mine is already part of this from the moment I heard about this and I request all parents to join me and buy their children kids tablets under UCPA. Come witness the impact of this century in Africa,” says Mutumba.

Laura Kahunde an actor described the Economic war as measures aimed to weaken the economy of the enemy. “I believe it’s important for Uganda and Africa to recognize where we stand economically. Looking at how other states are standing economically, Africa ought to wake up and it’s important to fight for a better place economically.”

The African Child Poverty Alleviator program will give children to change and empower communities by giving them skills to change their communities economically and socially. “When children are empowered they grow up with the mentality of ‘I can do it.’

“The African Child Poverty Alleviator program will reduce child poverty to a negligible percentage if not obliterate it totally.

Under the program children will receive 30dollars a month and 50dollars every Christmas until when the child is 21years.

“This money will help impoverished children to a comfortable life. When Development Channel steps into emergency health and educational needs of children, that will be awesome,” Prynce Okuyo said.

This brings the number of celebrates who have signed up to promote activities of Development Channel to seventeen besides a large number of clientele who have supported the company buying computer tablets.