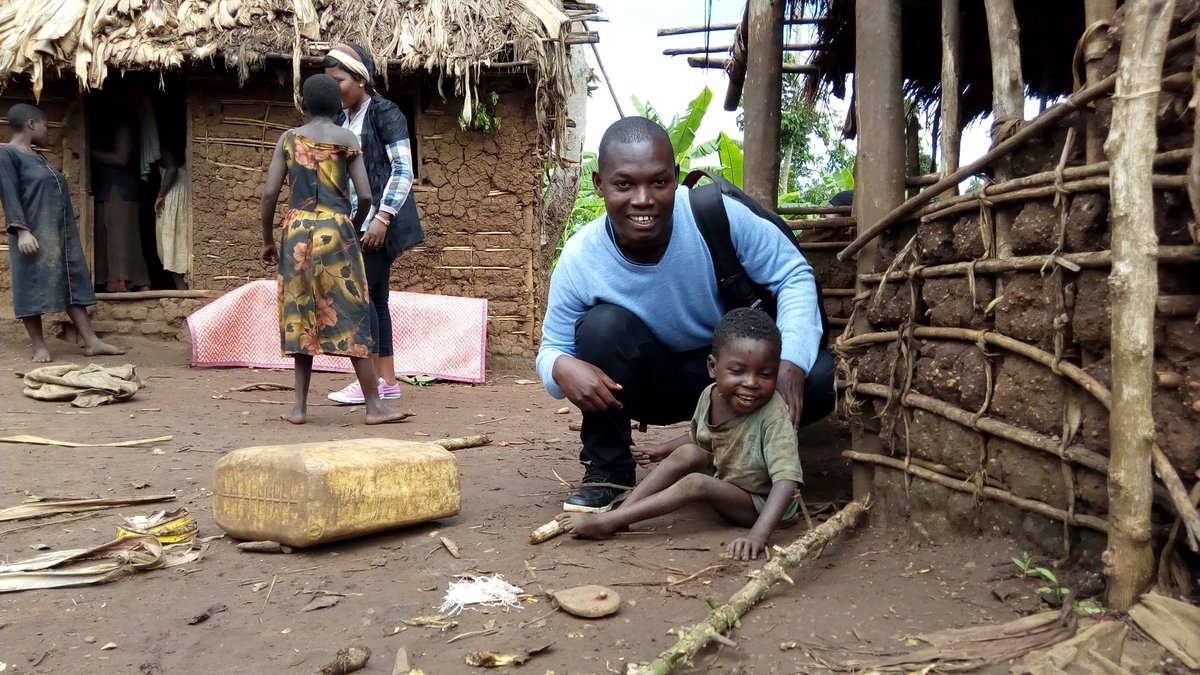 Record TV journalist Musaka Abdalla Tiff was Sunday announced among the winners of the ‘Merck More Than a Mother’ Media Recognition Awards 2017.

The awards aim to recognize and appreciate professional journalists and media students who have produced accurate, informative and compelling stories about infertility, infertile women or couples.

They are organized by Merck Foundation the philanthropic arm of Merck KGaA Germany. This year’s Awards ceremony took place in Nairobi Kenya.

“We are delighted to honor the winners of ‘Merck More Than a Mother’ Media Recognition Awards 2017. I congratulate all the winners and thank all the journalists and media students who sent us their work. I strongly believe that Media can play a significant role in sensitizing people about sensitive issues such as infertility and stigma attached to it. It can help raise awareness about male infertility and infertility prevention. We have also started two relevant hashtags #MenToo can suffer infertility not women only, and #NoForInfertilityStigma to appeal to all our media partners to start this movement across their wide platforms” said Dr. Rasha Kelej, CEO of Merck Foundation and President of Merck More Than a Mother.

“Not only media but Art also has the capacity and influence to make the problem felt, which further stimulates emotions and leads to engagement action. So, we have collaborated with famous singers; Suzanna Owíyo and Octopizzo from Kenya, Tom Close from Rwanda and Rozzy from Sierra Leone to launch three theme songs: “Worriers”, “Life is Bigger”, “More than a Mother” addressing the issue with specific focus on Male infertility to encourage men to speak up about their infertility and join the treatment journey with their wives. The songs were released yesterday during the award ceremony and I personally believe that they will add significant value to influence the culture change we are advocating for at all levels.” added Dr. Rasha Kelej.

“These awards encouraged the journalists and media to focus on infertility and the stigma attached to it, which is quite prevalent in Africa but is never spoken about. Primarily women are blamed for infertility but it for media to now educate that fertility is a shared responsibility and men too can be the cause of infertility” said Tom Mshindi, Editor-in-chief, Nation Media Group.

“Merck foundation is doing the daunting task of challenging the perception of infertile women, their role and worth in society in order to shift the culture of discrimination. These awards are a step in the same direction” emphasized William Pike, Director, Radio Africa Group/ Star Publications.

Present during the award ceremony, Hon. Sarah Opendi, Minister of State of Health, Uganda, exclaimed in delight “I am so happy to see that Merck Foundation is making efforts at multiple levels to break stigma around infertility. Partnering with media and art is indeed a very smart step to address this sensitive issue.”

The First Award from the Multimedia Segment was conferred to Ms. Namukabo L Werungah and her team from NTV Kenya for their excellent story named ‘A tale of pain and shame of childless women in Busia’. The team was rewarded with USD 5000 at the ceremony.

The Second Award was given to Mr. Musaka Abdalla Tiff from Record TV Network, Uganda for his story named ‘Living with the burden of barrenness’.

The First Award from the Print Media Segment was received by Mr. Gardy Chacha, Senior Health and Science Reporter from Standard Newspaper, Kenya. He was selected for his soul-stirring story named ‘Cecilia Wairimu: One woman, Three marriages, 11 years of Infertility’. He was rewarded with USD 1500.

The second award was given to Mr. Mashaka Bonifas Mgeta, Jambo Lee News, Tanzania for his story ‘Infertility Promotes Violence against Women in Tarime’.

The First Award from the Online Media Segment was given to Ms. Molatelo Mainetje, News and Current Affair Producer and Documentary Filmmaker from South Africa for her short film called ‘Womb Man’. She was rewarded with USD 1500.

The Second Award was given to Ms. Maryanne Waweru-Wanyama, Blogger- Mummy Tales and Maternal Health Advocate, Kenya for her story ‘You Rather birth to a Mad Man, than Never having Given Birth at all’.

Ms. Asha Bakidusa, Journalist with Royal Media Services Limited, Under Bahari FM, Kenya was given the First Award for the Radio Segment for her program on ‘How family men supporting their spouses in cases of Infertility’. She was rewarded with USD 1500.

The First Award from the Online Media Segment was bagged by Ms. Lilian Kaivilu, Freelance Journalist and Founder of Impacthub Media, Linguistics Media and Communication Student at MOI University, Kenya, for her story ‘The wrath of barrenness in Kamba culture’. She was rewarded with USD 1000.

The First Award from the Print Media Segment will be given to Mr. Sérgio Simão Raimundo from Eduardo Mondlane University, Mozambique. He was selected for his story named ‘Infertility in the South of Mozambique’. He was rewarded with USD 1000.

Merck foundation announced the call for application for “Merck more than a Mother” Media Recognition Award 2018 at the end of the ceremony and encouraged all African media to be advocate for the campaign and apply for the competition.

The Award ceremony is to be followed by Merck Foundation’s first ‘Merck Health Media Training’ to break stigma around infertility and improve awareness about male infertility. It will be held today on 10th of July 2018. with the aim to train African journalists about the international standards and media ethics for reporting sensitive issues like infertility.