The news was reported by Zziwa’s resident studio via their twitter platform.

“There was a scuffle as our reporter @zziwaherbert reported this story, and we can’t find him. All is being done to ensure that he is found,” NTV Uganda tweeted. 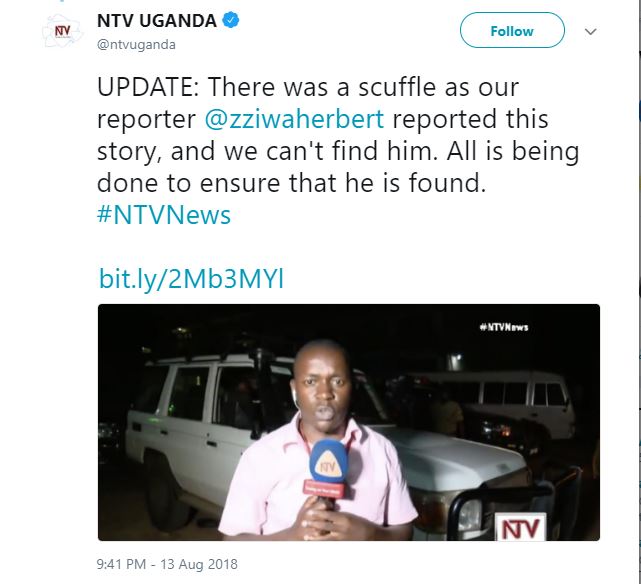 Prior to this, Zziwa was reporting live about the shooting in which Bobi Wine’s driver was killed.

Unconfirmed reports indicate that all journalists have been barred from reporting live from Arua where both the strong opposition figures and the head of state are.

This is a developing story that will continue to be updated.