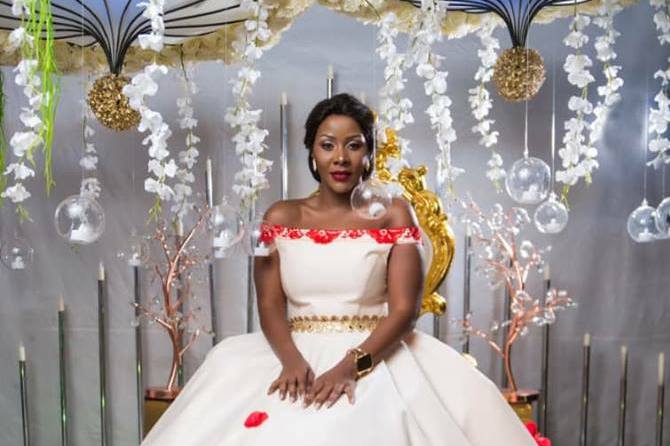 Desire Luzinda, one of the most popular female Ugandan musicians is set to end her music career.

The “Ekitone” singer who turned a year older on Wednesday (August 15th, 2018) has revealed that she has set new strategies and will be staring a new chapter in her life.

“I celebrate me today because it is my birthday and to me, today is not just about cheers but an achievement, a chance to lay new strategies, new aspirations and engage stronger gears for the terrain ahead in the new chapter of my life,” Desire Luzinda said in a post via Facebook.

The singer said she will be releasing her final album dubbed “Transition” this month.

“Two years ago I hinted that I was in a TRANSITION and much as it stirred lots of speculations, I knew it would make sense some day. I am excited to let you know that I will release my last album titled “TRANSITION” on the 23rd of this month,” Luzinda said.

“This one is special and yes, it is my last! An album that I have had so much passion about and have had a chance to co-produce bearing in mind what/whom I am transitioning into,” she added.

The mother-of-one, who started her music career in the late 2000s, became popular in 2014 when her ex-Nigerian lover Franklin Emuobor leaked her nud3 photos on Social Media.

She would thereafter continue to share sultry photos on Social Media and was reported to be having affairs with various city politicians and tycoons.

Luzinda however in the recent months gave her life to Christ and now fellowships at Apostle Grace Lubega’s Phaneroo Ministries.

“I am grateful to the Lord of possibilities that I serve. Times ahead may come tough but I’ll be counting on Heaven above. So to the achievements in years gone, cheersto the challenges ahead, no fears! TRANSITION,” she says.