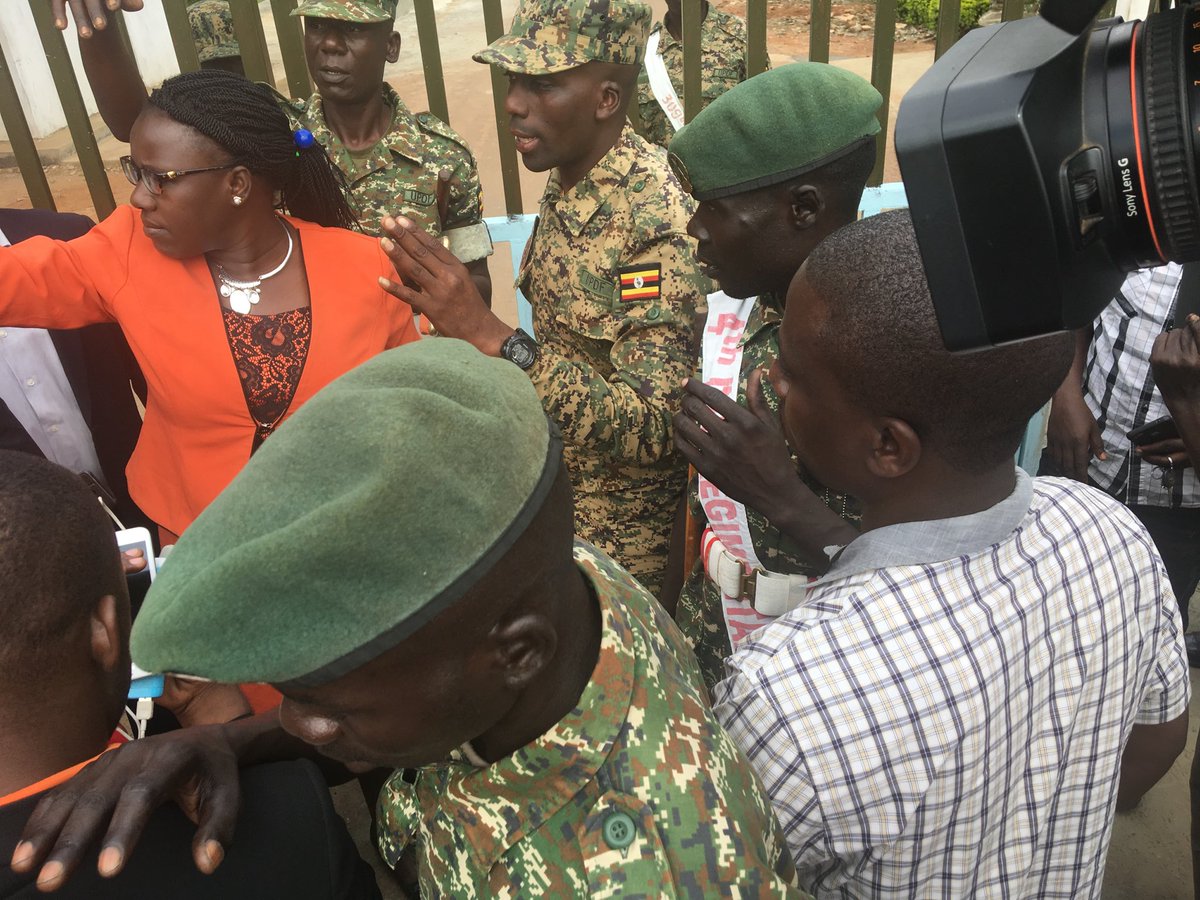 Bobi Wine who was arrested on Monday evening is charged with possession of military artillery which was allegedly found in his hotel room at Pacific hotel in Arua.

According to Deputy Prime Minister Gen. Moses Ali, Bobi Wine was yesterday admitted at a military hospital in Gulu from where he would be arraigned before court.

Today morning, members of parliament, his lawyers and family members flocked Gulu Military barracks where they expected to see him before he arrives at court but there was little success.