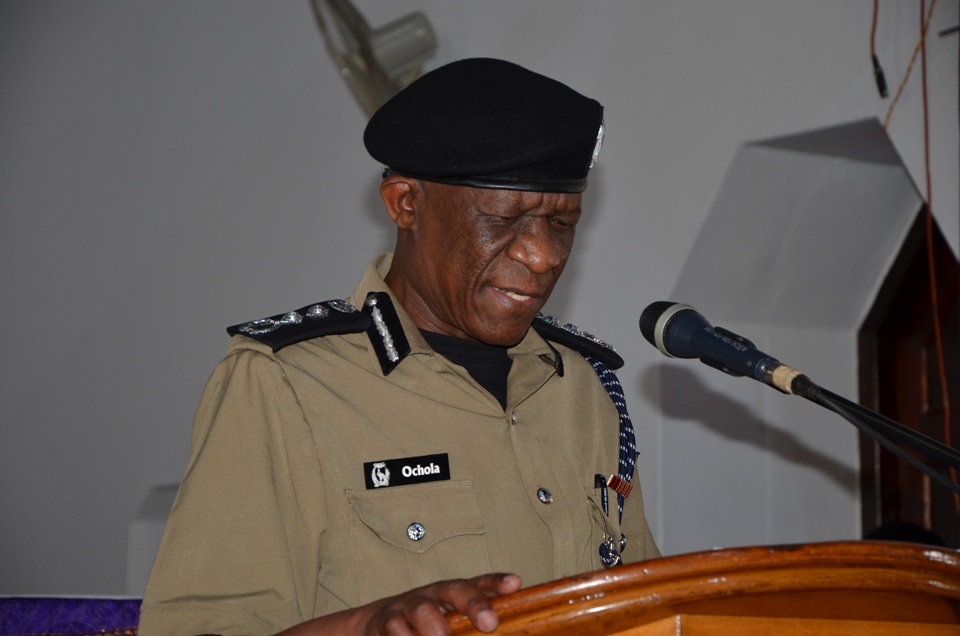 The Inspector General of Police, JM Okoth Ochola has called for greater cooperation among Police Chefs in the region, if they are to effectively fight transnational organised crimes.

Ochola made the remarks on Tuesday (11st September, 2018) in Khartoum, Sudan during the opening ceremony of the 3rd Police Chiefs Retreat of the Eastern African Police Chiefs Cooperation organisation (EAPCCO).

“Cooperation remains one of the most significant tools available to Police in the fight against transnational organised crimes. In the face of growing globalisation technological advancement, regional economic blocs that advocate for greater integration, the blurring of national borders and many other well intended policies, criminals have increasingly found it easy to operate in the international arena,” he said.

The President of Sudan, Mr. Omar Al Bashir opened the retreat which was chaired by Mr. Okoth Ochola.

The Police Chiefs are in Khartoum to discuss law enforcement challenges affecting the region and to formulate strategies for better cooperation in the face of growing global and regional security threats.

The theme of the retreat is “Security Challenges in the East and Horn of Africa and their impact on the Regional Stability.”

Ugandan Inspector General of Police, called on his colleagues to look into the issue of technology that criminals are constantly using to carry out their dirty missions.

“A criminal, either acting alone or in cahoots with others dotted across the globe has the ability to commit crimes in multiple installations at the same time without even setting foot there,” Mr. Okoth Ochola said.

The retreat provides a rare opportunity for Police Chiefs to discuss critical security matters at both multilateral and bilateral.