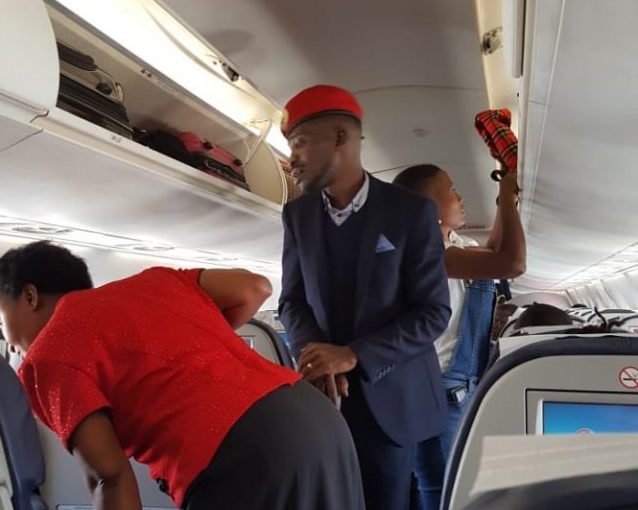 The legislator was forced into a military/police van by security operatives and driven away.

Bobi Wine touched down at Entebbe at around 1:00PM aboard Embraer aircraft number ERJ-190AR.

The arrest follows Police’s announcement on Wednesday where they issued the guidelines to be followed when Bobi Wine, who has been in America, returns to Uganda.

Police said that on his arrival, “Bobi Wine will be received at Entebbe International Airport by his immediate family. He will be availed security from the airport to his home.Police will further ensure law and order for all road users.There shall be no unlawful rallies, processions and assemblies.Any activity that entails a public gathering must be in conformity with the provisions of Public Order Management Act (POMA).The Hon. MP is expected to comply with the traffic laws and regulations”.

However in a post via Facebook, Bobi wine noted that he will be received by his friends and colleagues, and not his family.

Bobi Wine added that he would briefly visit his grand mother at Najjanankumbi along Entebbe Road, have lunch with his brothers and sisters at Kamwokya before heading to his home in Magere to meet his family.

Earlier before Bobi Wine’s arrival, a number of journalists and activists were arrested and detained at police stations in Entebbe. 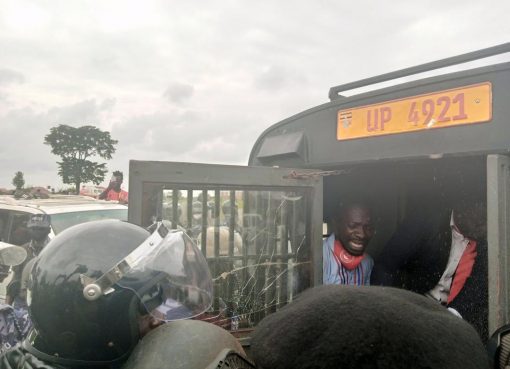 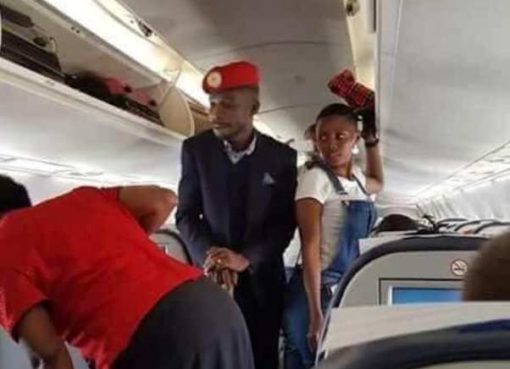