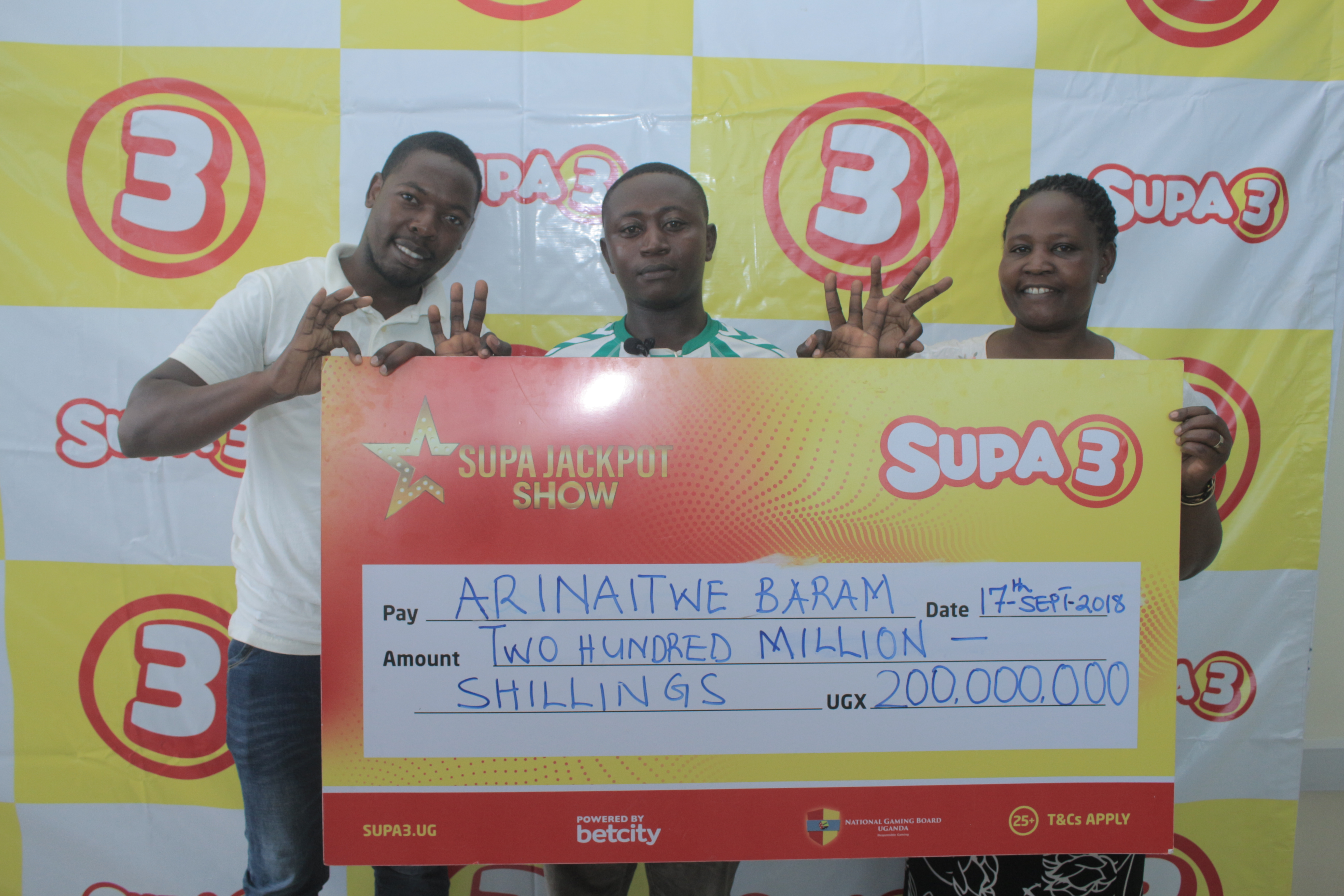 Mbarara based Electrician Arinaitwe Baram is the lucky winner of the supa3 jackpot that totaled to 200 million shilling.

Baram who was announced winner on Sunday night on the Supa3 live show, says that he played using only 4000 shillings, but he managed to win the 200 million. He told journalists upon receiving his cheque that he will spend his winnings on constructing a house and expanding his business.

Baram joins other winners such as John Sekaggya who won 50 million shillings, Denis Ssemanda a 7 Million winner, Stella Acor a 6 Million winner and other multiple winners.

Every entry into the 10-minute draws gets a corresponding free entry into the weekly Supa Jackpot Draw which offers the chance to become a multimillionaire. 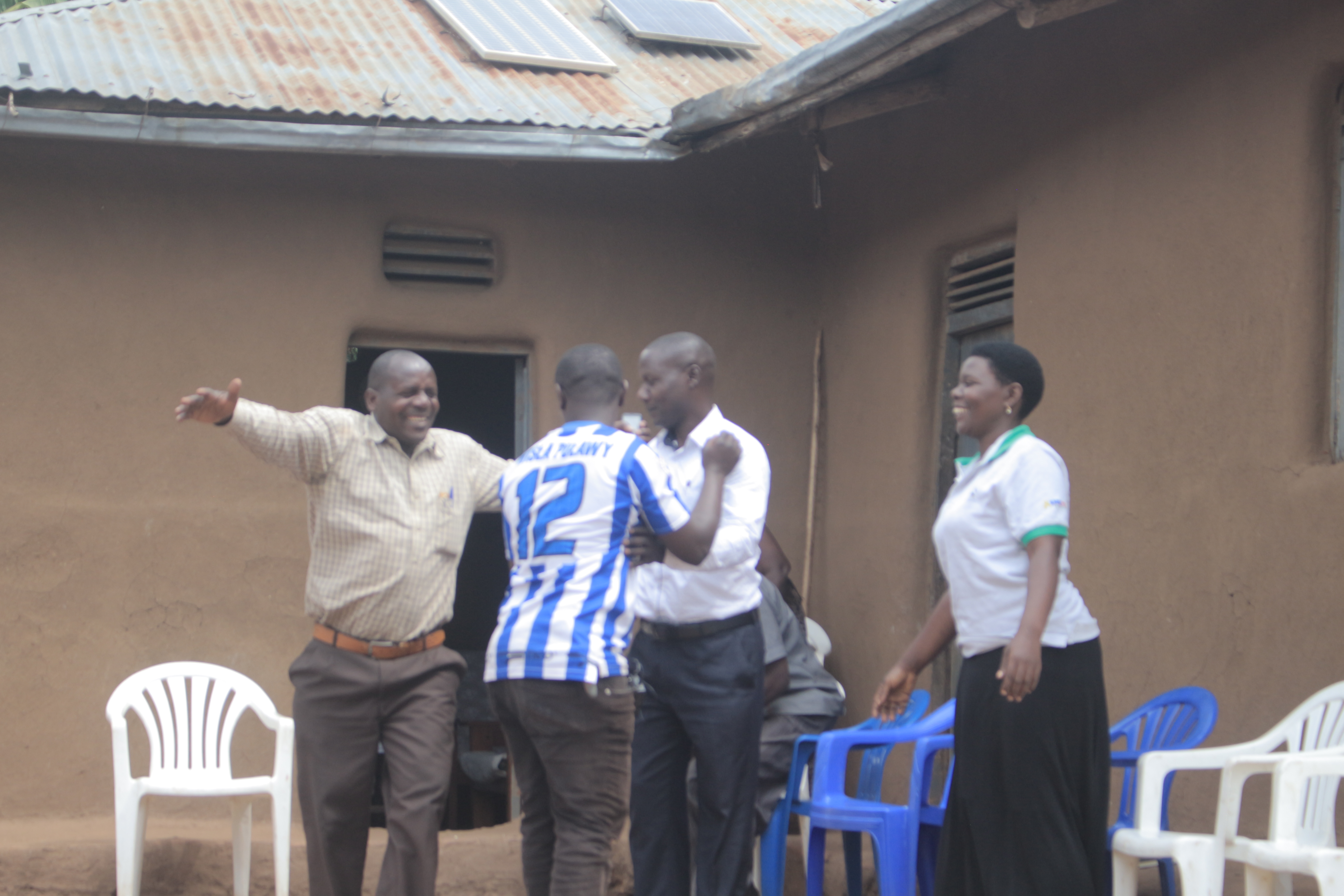 Baram being congratulated by his mother and brother Francis Bisaso