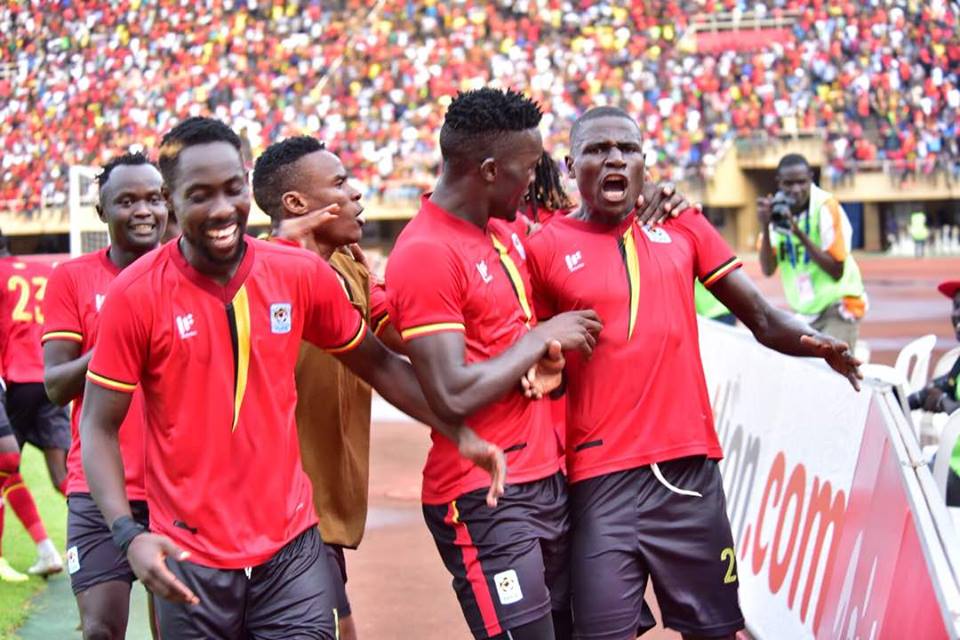 Uganda Cranes will be playing in the Africa Cup of Nations (AFCON) 2019 tournament following a 1-0 home victory over Cape Verdein the 2019 AFCON Qualifiers game which was played at Mandela National Stadium, Namboole in Kampala on Saturday (17th November, 2018).

Cranes striker Patrick Kaddu put Uganda at the lead in the game with an impressive header 13 minutes to the end of the second half.

The win put Uganda at 13 points in Group L, making it the first country to qualify for the 2019 AFCON so far.

The 2019 Africa Cup of Nations, which will be the 32nd edition of the prestigious football tournament, will be played in Cameroon. A total 24 African teams will participate.