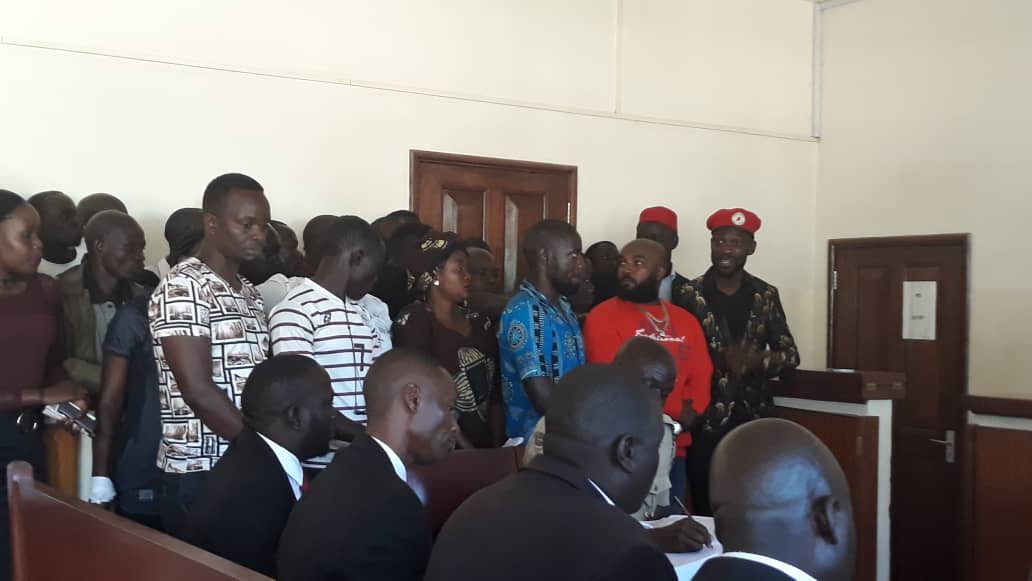 Bobi Wine together with 29 other of his co-accused appeared before Gulu Grade One magistrate Yunus Ndiwalana for mention of their case which was adjourned to January 10th 2019.

Two of the accused including Jinja Municipality MP Paul Mwiru and Ntungamo Municipality MP Gerald Karuhanga did not appear before court as asked and didn’t extend regrets or any explanation to the court.

Bobi Wine and his colleagues are accused of blocking President Museveni’s motorcade in Arua during the final Parliamentary campaigns to replace the late Abiriga.

The poll was won by independent candidate Kassiano Wadri who at the time was under incarceration together with Bobi Wine.

Prosecution alleges that Bobi Wine and other supporters of Kassiano Wadri had intentions to harm the president in blocking his motorcade.

His lawyer Nicholas Opiyo of Chapter four Uganda would later inform Police that the legislator missed due to his poor health condition.