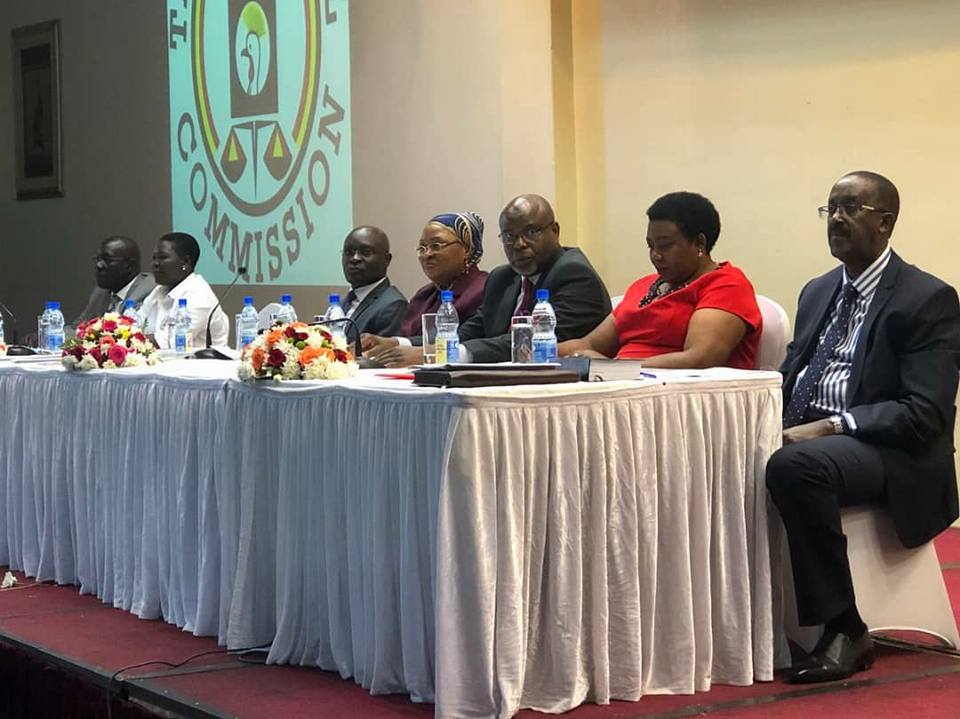 The Electoral Commission on Tuesday released the road-map to the 2021 General Election at Hotel Africana Kampala which as part of the planning process for the polls.

EC chairman Justice Simon Byabakama said the unveiling of the roadmap was in line with legal mandate of commission under articles 60 and 61 of constitution among others to ensure regular, free and fair elections.

He said that the strategic plan is a result of extensive research and stakeholders’ consultation.

The commission showed that the current cost depends on parliament not enacting any more districts.

According to Sam Rwakoojo, the Electoral Commission’s secretary, the 2021 elections will cost Shs 868 billion from  Shs 522 billion in 2016.

He however added that this figure is contingent on the parliament not reviewing or adding on the planned 141 districts and related administrative centers.

“Whereas government has continued to create new administrative units and local government provision for the recurrent budget has got to grow proposately,” he said. Rwakoojo explained that the cost of increment was caused by the number of new electoral areas since 2016.

Further studies show that although the number of eligible voters continue to grow, the coming polls will cause Uganda over shs 44,639 per head making it the most expensive elections in the history of Uganda compared to Shs 13,261 per head for the 2011 polls and Shs 34,184 per head in 2016.

The higher cost is mostly caused due to introduction of biometric voters verification system in 2016 which was expected to produce more accurate statistics of the electorate.

The prime minister Ruhakana Rugunda assured electoral commission that all the funds required would be provided on time to ensure smooth elections.

The roadmap is built on the assumption that general elections will be held between January 11th,2021 and February 9th,2021.

According to the time table, Electoral Commission will publish constituencies by June 2019 and provide general updates of the voters register by January 2020.

Nominations of candidates will take place between July and August 2020 and delivery of ballots by October 2020.

Election days for President and MPs is expected to start off by 11th January 2021 all away to February.